The GAA Museum is hosting a fascinating series of talks at Croke Park from Thursday 29th June to Saturday 1st July examining the theme of Sport and Politics, and the effects they have had on one another since the 1870s.

As an African-American athlete in 1960s America, Dr. Edwards witnessed first-hand the racial inequities and obstacles that confronted Black athletes in America. Edwards also saw that society in general had become complacent about this issue. In October 1967 Edwards co-founded the Olympic Project for Human Rights (OPHR) to highlight and protest against racism in sport.

The OPHR called for a Black athlete boycott of the 1968 Olympic Games in Mexico. This led to demonstrations by Black athletes across America and, ultimately, at the Mexico City Olympic Games where Tommie Smith and John Carlos delivered the ‘Black Power Salute’ during the medal ceremony for the 200 metre running event. The Australian runner Peter Norman (who had come second in the race) wore an OPHR badge in solidarity with Smith and Carlos. This event is regarded as one of the most overtly political statements in the history of the Olympic Games; it gained international attention and is widely recognised as an iconic moment in the history of American civil rights.

Edwards, having graduated from San Jose State University and Cornell University with a MA and PhD in Sociology, later became a consultant on issues of diversity for all three of the major sports in America. In 1987 he was hired by the Commissioner of Major League Baseball in 1987 to help with efforts to increase front office representation of minorities and women in baseball. He also was with the Golden State Warriors of the NBA from 1987 through 1995, specialising in player personnel recruitment and counselling. In 1986, he began work with the San Francisco 49ers in the area of player personnel counselling and programs. The programmes and methods that he developed for handling player personnel issues were adopted by the entire NFL in 1992, as was the Minority Coaches’ Internship Program developed by Edwards and Coach Bill Walsh to increase opportunities for minority coaches in the NFL.

Over his career, Harry Edwards has persisted in efforts to compel the sports establishment to confront and to effectively address issues pertaining to diversity and equal opportunity within its ranks. Edwards, a scholar-activist who became spokesperson for what amounted to a revolution in sports, is now considered the leading authority on developments at the interface of race, sport, and society and was a pioneering scholar in the founding of the sociology of sport as an academic discipline. He has received dozens of awards and honours, including several honorary doctorate degrees and has been honoured by the University of Texas, which has established the Dr. Harry Edwards Lectures, a permanent series of invited lectures on themes related to sport and society.

He will sign copies of the 50th Anniversary edition of his pioneering book on sport and struggle, The Revolt of the Black Athlete at the GAA Museum Summer School.

Find out more about the GAA Museum Summer School here. 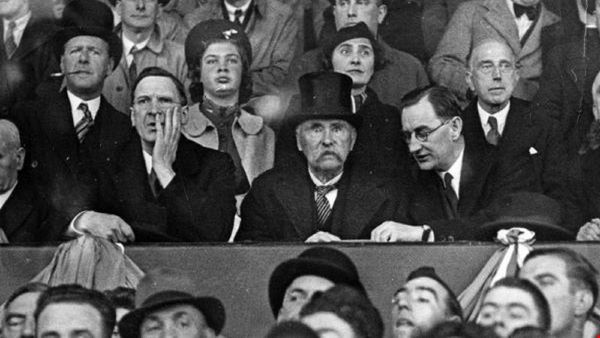