Enjoy a Miscellany of Bloomsdays, from Austin Clarke, Gerald Dawe, Anthony Cronin, Eamonn Delaney, Pat Murphy and many others…

One of the pleasures of producing RTÉ Radio’s iconic programme Sunday Miscellany for over a decade was sharing with listeners the knowledge and passions for subjects of its contributors. After all, its format provides an ideal opportunity to seamlessly weave short writing and music, bookended by its signature music Galliard Battaglia by composer Samuel Scheidt.

A Sunday Miscellany by the late Anthony Cronin (1928–2016) from a 1971 edition of the programme, recalls the 50th anniversary of the first Bloomsday, when on 16 June 1954, along with Patrick Kavanagh, Myles na gCopaleen, John Ryan and Dr AJ Leventhal, Cronin set out au pilgrimage to the Joyce Tower in Sandycove, Co Dublin, the location of the opening scene of Ulysses.

Also from 1971: Poet Austin Clarke (1896–1974) recalls meeting James Joyce in Paris, conversing with him about their native city, but also the many details of that street life he did not mention. Clarke wittily considers might they have made their way into Ulysses, had he only shared them with Joyce.

For a 2004 edition of the programme (broadcast on 13 June 2004) to mark the centenary of 16 June 1904, the day in which James Joyce set Ulysses, I commissioned new writing, selected content from open submission writing sent into me and included a couple of RTÉ Radio archive recordings.

In it the Joycean scholar Vivien Igoe takes a look at the 16 June 1904 edition of The Freeman’s Journal, the daily newspaper which also features in Ulysses, in What It Said In The Freeman’s Journal. From the archives comes James Plunkett, the writer best known today for his iconic novel Strumpet City. His contribution, entitled Sandymount and its Surroundings, considers how Dublin's Sandymount Strand, depicted in Ulysses decades earlier, was still recognisable in Plunkett’s childhood.  Also from the archive, Benedict Kiely recounts the Dublin walk taken by the superior, Very Reverend John Conmee SJ in the novel.

Elsewhere, A Friendship in Trieste by Kathleen Brindley relates the friendship which formed between writer Italo Svevo and James Joyce, begun when Joyce was employed by Svevo as a teacher of English. In Memory of James Joyce for Ron Ewart, is the first of many contributions poet and essayist Gerald Dawe has since made to Sunday Miscellany; it considers what Joyce might make of 21st century Galway, the birthplace of Nora Barnacle, and what its present population might make of Joyce.

Director Pat Murphy reads a piece I asked her to write on the making of her 1999 film Nora (starring Susan Lynch as Nora Barnacle, and Ewan McGregor as James Joyce), which she called Nora – A Tale Of Two Cities. And finally, bringing us a hundred years on from the Dublin of 1904, in Dublin Now And Then Eamon Delaney concludes that James Joyce would have relished the Dublin of 2004, when the programme was originally broadcast. Today, that edition of the programme is part of RTÉ Radio’s archive. 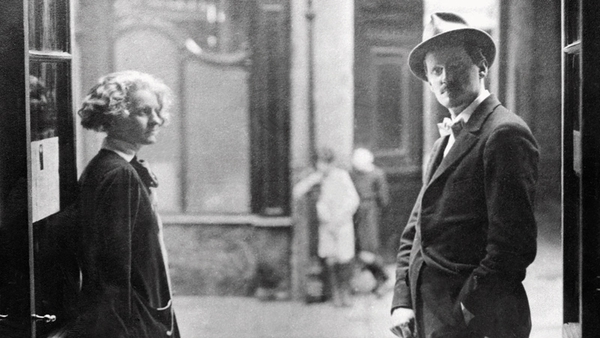 In Bloom: 5 things to do for Bloomsday Books