Ireland’s illustrators are a talented and prolific bunch. Their work encompasses everything from acclaimed children’s books, to cafe windows. We’ve compiled a list of just a few of the brilliant artists in the country (though there are countless more for you to discover).

If you want to add some colour to your day-to-day, you could do worse than to follow them all on Instagram.

Waterford-born Burke has produced some of the most recognisable and unique illustrations of the last few years, and her award-winning collaborations with her father John Burke (Irelandopedia and Historopedia) have taken the children’s book world by storm.

Van Vliet’s work is playful and distinctive, and you can often see it on the window of Dublin coffee shop, Kaph. He’s also worked with Guinness, Vice Magazine, and is a founding member of musical collective Popical Island.

You’ll definitely know Macaree’s beautiful work if you’ve ever been on an Aer Lingus flight, as she often illustrates for Cara Magazine. She has also done work for Dublin City Of Physics, Facebook, and the James Joyce Centre.

Born in Belfast, McMillan has worked for clients as diverse as Johns Hopkins University and tech bible Wired. Currently based in Berlin, his use of bold, decisive shapes makes him a special talent.

Mirolo’s work is entirely unique, and his use of white space is really beautiful. You can see his work in the Bernard Shaw pub in Dublin, or at the Beatyard Festival to name just a few.

A recent graduate of VisComm at NCAD, Nolan’s work is steadily gaining traction, and constantly evolving.  He often experiments with printmaking, from digital risographs to good old-fashioned screen printing. Keep an eye on him.

As well as illustrations for countless editorials, McCarthy also worked as a background designer on the Oscar nominated Cartoon Saloon film, Song Of The Sea. His work is bold, and has a real sense of humour.

O’Brien’s work has garnered her a big online following, and her beautiful illustrations of everyday moments are gems. She often works with limited colour palettes, producing striking results. 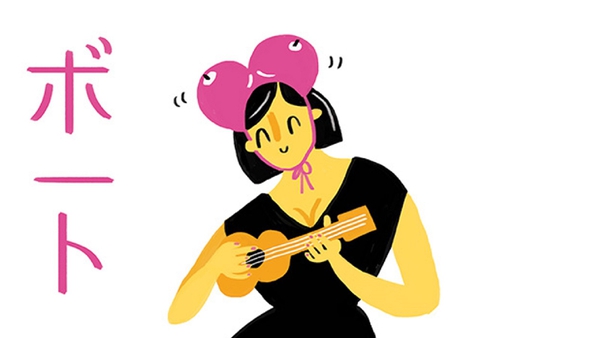