Ahead of his sell out concert at Dublin’s 3Arena on Tuesday, 13 June, Marty Whelan had exclusive access for an interview with the Oscar, Golden Globe, Grammy and Tony award-winning film composer Hans Zimmer. Listen to Marty talk to Hans Zimmer above...

Listen to Marty in the Morning and his exclusive interview with the legendary composer Hans Zimmer RTE Radio Player https://t.co/bIT9wVoNQZ pic.twitter.com/7ZAfmIRQtP

Arguably the most popular and influential film composer of the 21st century, Zimmer's extentensive filmography speaks for itself: Gladiator, The Dark Knight, Pirates Of The Caribbean The Lion King, 12 Years A Slave, Inception, Rain Man, Sherlock Holmes, Thelma & Louise and many, many more... With well over 100 screen credits, he's provided the soundtrack to a generation of choice Hollywood blockbusters.

In recent years, he's taken an orchestra on the road to perform a selection of his greatest movie hits, accompanied by an epic light show, one that would put Pink Floyd to shame; his Irish live debut, in Dublin in 2016, has already become the stuff of legend. Earlier this year, Zimmer stole the show at the hipper-than-hip Coachella Music Festival in California.

Not only that, he used to be the keyboard player in The Buggles! 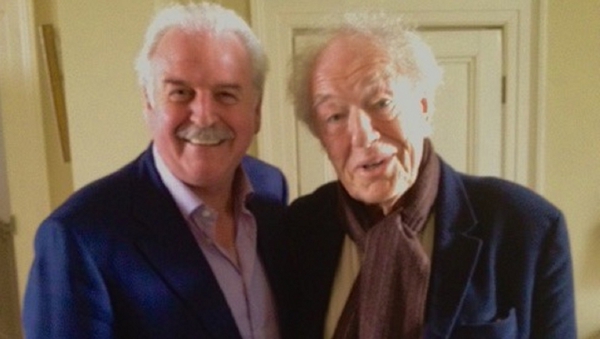