As they embark on their 40th anniversary tour, Mike Hanrahan of Irish trad legends Stockton's Wing writes for Culture about the early days, and the joys of Winging it four decades on.

So, at a rare Stockton's Wing gig in 2016, Tommy Hayes floored us by announcing that next year was to be our fortieth anniversary. Noooo, not possible, forty years? It was like a sudden bolt of lightening.

Forty years ago, I was singing with Maura O’ Connell in a duo we called Tumbleweed and I was also playing tunes with my brother Kieran, cousin Paul Roche and their new-found friends Tommy Hayes and Maurice Lennon. The Fleadh had come to Ennis town and there was music at every street corner. On the Friday afternoon, at the steps of the Cathedral I was mesmerised by the spoons playing of a well-suited Tommy Hayes. By Monday the suit was still there - but only just - and Tommy has remained a life-long and treasured friend.

After hauling the All Ireland medals at the Fleadh, Kieran, Tommy, Paul and Maurice - along with singer Tony Callinan - decided to form a band. I was there. I was also there at our house when my eldest brother Ger came up with the name, from the sleeve of a Bruce Springsteen album called Born to Run.  I was there when they returned with the trophy and a record deal from a competition in Limerick (the rock section was won by a little known group from Mount Temple School, called U2). I was there to see the first copies of their beautiful debut album Stockton's Wing.  And I was there at a session in Quin when they asked both Maura and myself to join the band. That was 1979. I have been there or thereabouts ever since.

Even though I left the band in 1994, the Wing never left me. Songs and tunes on the radio, the LiveLine with Joe Duffy signature tune (a track entitled Over The Moor), fans reminiscing, old photos, cherished and dear musician friends at festivals and other gatherings, the laughter of young people discovering old videos on YouTube, the clothes and the awful hair styles... But the music was always strong. We were always dedicated to good music, and the satisfaction of a job well done makes the celebration of forty years a pure joy.

On these Summer tour dates, we will be missing my brother Kieran and Maurice for the shows, but will be joined by two very special young musicians - Karol Lynch and Tara Breen. Both have seen the YouTube videos, and can see beyond the poor fashion of the time to the depth and honesty of the music.

In my ageing state, I can comfortably say that yes, we were a great band, we created some lovely music, made a lot of people smile, had lots of fun, traveled the world and I can walk out on that stage and get to feel it all over again on our forthcoming Irish tour. That’s called lucky. 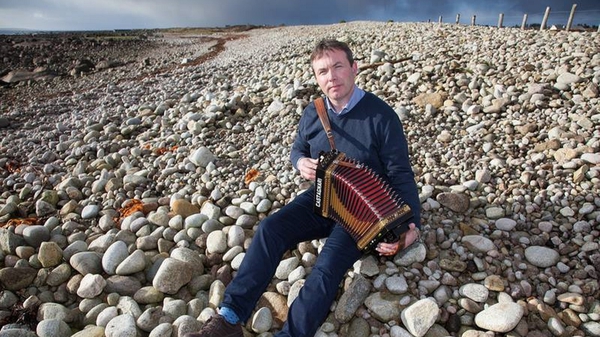