We're delighted to present the opening passage from Conversations With Friends, the acclaimed debut novel from Sally Rooney, published by Faber.

Frances is a cool-headed and darkly observant young woman, vaguely pursuing a career in writing while studying in Dublin. Her best friend and comrade-in-arms is the beautiful and endlessly self-possessed Bobbi. At a local poetry performance one night, Frances and Bobbi catch the eye of Melissa, a well-known photographer, and as the girls are then gradually drawn into Melissa’s world, Frances is reluctantly impressed by the older woman’s sophisticated home and tall, handsome husband, Nick. However amusing and ironic Frances and Nick’s flirtation seems at first, it gives way to a strange intimacy, and Frances’s friendship with Bobbi begins to fracture. As Frances tries to keep her life in check, her relationships increasingly resist her control: with Nick, with her difficult and unhappy father, and finally, terribly, with Bobbi.

Bobbi and I first met Melissa at a poetry night in town, where we were performing together. Melissa took our photograph outside, with Bobbi smoking and me self-consciously holding my left wrist in my right hand, as if I was afraid the wrist was going to get away from me. Melissa used a big professional camera and kept lots of different lenses in a special camera pouch. She chatted and smoked while taking the pictures. She talked about our performance and we talked about her work, which we’d come across on the internet. Around midnight the bar closed. It was starting to rain then, and Melissa told us we were welcome to come back to her house for a drink.

We all got into the back of a taxi together and started fixing up our seat belts. Bobbi sat in the middle, with her head turned to speak to Melissa, so I could see the back of her neck and her little spoon-like ear. Melissa gave the driver an address in Monkstown and I turned to look out the window. A voice came on the radio to say the words: eighties . . . pop. . . classics. Then a jingle played. I felt excited, ready for the challenge of visiting a stranger’s home, already preparing compliments and certain facial expressions to make myself seem charming.

The house was a semi-detached red-brick, with a sycamore tree outside. Under the streetlight the leaves looked orange and artificial. I was a big fan of seeing the insides of other people’s houses, especially people who were slightly famous like Melissa. Right away I decided to remember everything about her home, so I could describe it to our other friends later and Bobbi could agree.

When Melissa let us in, a little red spaniel came racing up the hall and started barking at us. The hallway was warm and the lights were on. Next to the door was a low table where someone had left a stack of change, a hairbrush and an open tube of lipstick. There was a Modigliani print hanging over the staircase, a nude woman reclining. I thought: this is a whole house. A family could live here.

We have guests, Melissa called down the corridor. No one appeared so we followed her into the kitchen. I remember seeing a dark wooden bowl filled with ripe fruit, and noticing the glass conservatory. Rich people, I thought. I was always thinking about rich people then. The dog had followed us to the kitchen and was snuffling around at our feet, but Melissa didn’t mention the dog so neither did we.

She poured huge, bowl-sized glasses and we all sat around a low table. Melissa asked us how we’d started out performing spoken word poetry together. We had both just finished our third year of university at the time, but we’d been performing together since we were in school. Exams were over by then. It was late May.

Melissa had her camera on the table and occasionally lifted it to take a photograph, laughing self-deprecatingly about being a ‘work addict’. She lit a cigarette and tipped the ash into a kitschy-looking glass ashtray. The house didn’t smell of smoke at all and I wondered if she usually smoked in there or not.

I made some new friends, she said.

Her husband was in the kitchen doorway. He held up his hand to acknowledge us and the dog started yelping and whining and running around in circles.

This is Frances, said Melissa. And this is Bobbi. They’re poets.

He took a bottle of beer out of the fridge and opened it on the countertop.

Come and sit with us, Melissa said.

Yeah, I’d love to, he said, but I should try and get some sleep before this flight.

The dog jumped up on a kitchen chair near where he was standing and he reached out absently to touch its head. He asked Melissa if she had fed the dog, she said no. He lifted the dog into his arms and let the dog lick his neck and jaw. He said he would feed her, and he went back out the kitchen door again.

We already knew that the husband was an actor. He and Melissa were frequently photographed together at events, and we had friends of friends who had met them. He had a big, handsome face and looked like he could comfortably pick Melissa up under one arm and fend off interlopers with the other.

He’s very tall, Bobbi said. Melissa smiled as if ‘tall’ was a euphemism for something, but not necessarily something flattering. The conversation moved on. We got into a short discussion about the government and the Catholic Church. Melissa asked us if we were religious and we said no. She said she found religious occasions, like funerals or weddings, ‘comforting in a kind of sedative way’. They’re communal, she said. There’s something nice about that for the neurotic individualist. And I went to a convent school so I still know most of the prayers.

We went to a convent school, said Bobbi. It posed issues.

Well, I’m gay, said Bobbi. And Frances is a communist.

I also don’t think I remember any of the prayers, I said.

We sat there talking and drinking for a long time. I remember that we talked about the poet Patricia Lockwood, who we admired, and also about what Bobbi disparagingly called ‘pay gap feminism’. I started to get tired and a little drunk. I couldn’t think of anything witty to say and it was hard to arrange my face in a way that would convey my sense of humour. I think I laughed and nodded a lot. Melissa told us she was working on a new book of essays. Bobbi had read her first one, but I hadn’t.

It’s not very good, Melissa told me. Wait till the next one comes out.

At about three o’clock, she showed us to the spare room and told us how great it was to meet us and how glad she was that we were staying. When we got into bed I stared up at the ceiling and felt very drunk. The room was spinning repetitively in short, consecutive spins. Once I adjusted my eyes to one rotation, another would begin immediately. I asked Bobbi if she was also having a problem with that but she said no.

We could hear her voice in the corridor and her footsteps taking her from room to room. Once when the dog barked we could hear her yell something, and then her husband’s voice. But after that we fell asleep. We didn’t hear him leave. 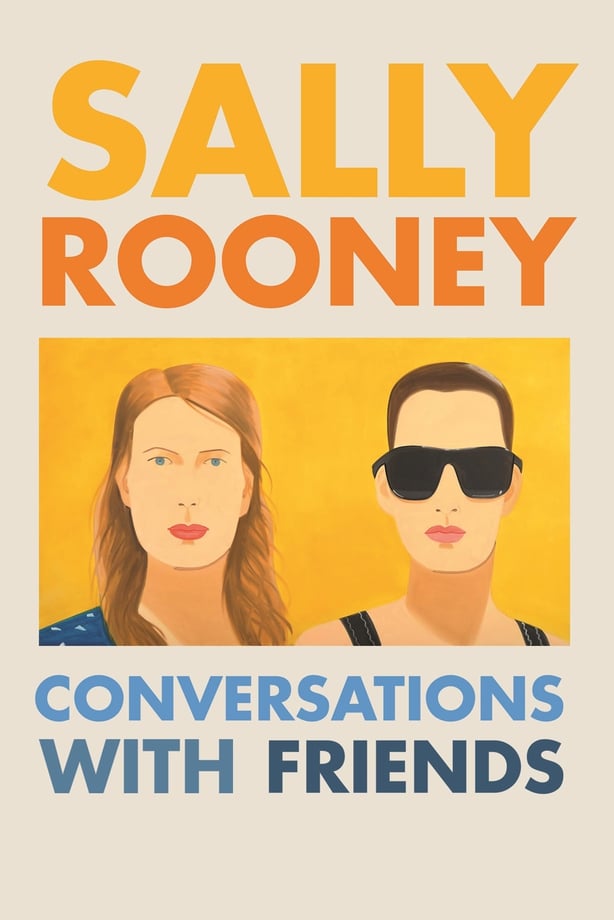 Conversations With Friends (Faber) is out now.