In his novels Brooklyn and Nora Webster, Colm Tóibín found the extraordinary in what might have remained ordinary, or at least hidden, if there had been no one to tell the story.

In House of Names, the private keeps breaking out and fouling the public realm. Tóibín has chosen for his subject the story of Clytemnestra and how vengeance on her husband Agamemnon divides and wrecks the immediate family and brings violence and disarray to the commonwealth.

A fiercely ambitious conqueror, Agamemnon sacrifices the couple’s beloved daughter, Iphiginea, to persuade the gods to grant fair winds for his battleships. Agamemnon has slain their daughter, so Clytemnestra murders Agamemnon in an elaborate palace coup. Meanwhile, the sly interloper Aegisthus makes himself indispensable to the steely-defiant widow who will rule with his assistance and guile.

The alarm bells should have sounded for Clytemnestra when he kidnaps and imprisons her remaining children, Orestes and Electra. Both her children, as young adults, will in time wreak revenge on their mother as chief author of all that has happened. 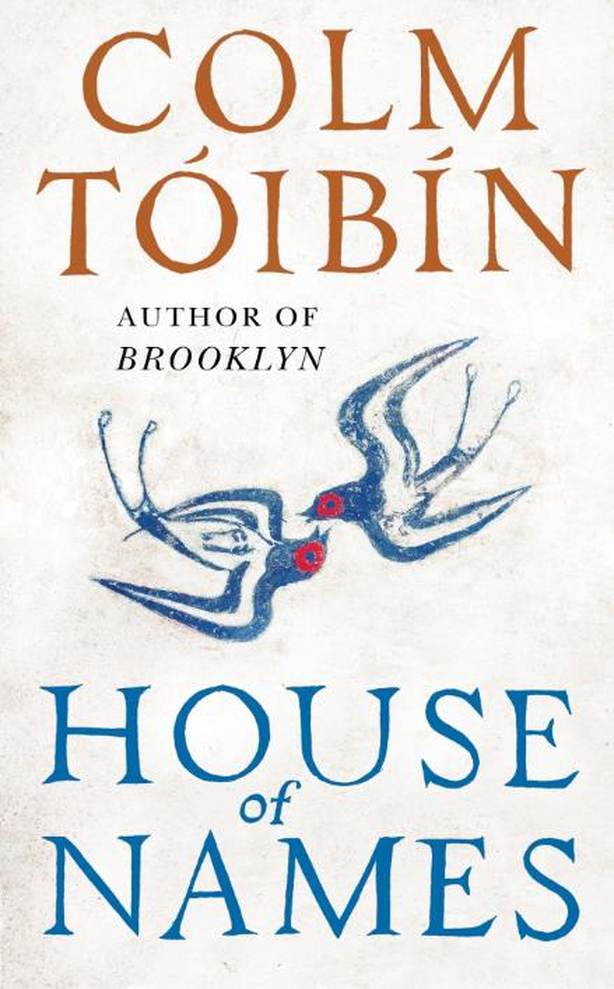 House of Names is told in four separate segments, each dealing with Clytemnestra, Orestes and Electra with a final coda played out as Clytemnestra’s life seeps away. Tóibín’s ability to to fillet out motive from blood-thirsty action in the dim reaches of ancient myth is hugely impressive. He is not, in any way evident to this reviewer imposing a twenty-first century viewpoint: House of Names is human nature, red in tooth and claw.

He is also careful to make his mise-en-scene stark and austere, with no lavish descriptions of palace, citadel or gardens. The novelist is attentive only to the functionality of entrance and exit, the space of secret passageway, the sleight of hand possible in a murky nocturnal corridor. Meanwhile, a decadent tide rolls like a pestilence through the self-same palace and gardens, as conspiracies are hatched in the shadows. Here is Orestes, rather late in the story:

But as he grew accustomed to the silence, he realized that it was not entirely real. He started to hear sounds – someone moving quietly in the corridor, for example, or faint whispers, and then nothing for a while. Soon, as he stationed himself outside his rooms in the darkest hours, he saw that Aegisthus came and went, moving quietly, and that his mother often walked the corridor too.

Courtly intrigue and pitiless calculation are conjured to magisterial effect, while Orestes’s account of his life on the run is as full of adventure and tension as an engaging Hemingway story - an author who has been a key influence on the Wexford novelist.

House of Names is published by Penguin in hardback, trade paperback and eBook 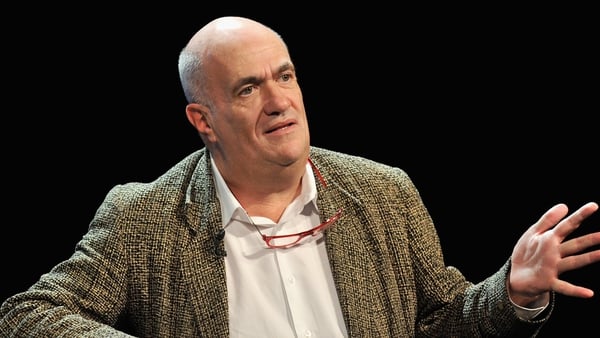 Tóibín: "Every migrant has a story to tell" Entertainment

The Call of the Wild is warm and engaging