RTÉ Karina Buckley celebrates the particular magic of the RTÉ All-Ireland Drama Festival, which runs until this Saturday.

Having produced theatre in an amateur and professional capacity, my first experience of the RTÉ All-Ireland Drama Festival was eye-opening. How a company could transform a naked stage into a rich, believable world; set up complex technical elements and execute them perfectly; produce some fine drama and exquisite individual performances then strike it all and leave the stage as empty as it was when they arrived – all in the space of just sixteen hours - left me in awe. But to get to know the amateur drama fraternity is to become blasé about what they achieve. To make it to the finals in Athlone, a company has to win at least two festivals on the qualifying circuit (the frontrunners this year won six), and the qualifying festivals take place across the length and breadth of the island, so the sets must be mobile, the crews efficient and the cast (often part of the crew) multi-talented. By the time it reaches Athlone, the whole production runs like a well-oiled machine but this is just what the circuit demands – no big deal.

The next thing that struck me was the scale of the companies' ambition - plays at the festival run the gamut from dense and difficult to light and fluffy, and everything in between. The criteria directors use to choose their plays are as diverse as the people themselves but all have one thing in common - a desire to bring something new to the text. Not every production is a roaring success but, more often than not, the results are inspiring. Whether it's a beautifully timed farce, the sense of menace created in a taut drama or the trippy euphoria engendered by a play (like The Devil's Céilí) that defies characterisation, something always touches the audience - sometimes, it even transforms them.

Speaking of the audience, they're a character in itself at Athlone. Many of them have been attending the drama finals for a lifetime and can be a very tough crowd. They're alive to every nuance of a production, pointing out flaws at the interval ever before adjudicator has had a chance to formally identify them. His (or her – in my time it's always been a man) public adjudication follows the play immediately, giving an appraisal of the technical, staging and performance elements of the production. This instant feedback can seem quite brutal to the uninitiated but for the drama finalists, it's par for the course and can be very instructive, especially on the circuit, informing improvements in the production and helping the group to grow. Of course, by the time they reach Athlone, every group hopes to score the perfect "crit".

65th #rtedramafest begins tonight in Athlone. Take a look behind the scenes at the festival in 1975 https://t.co/IwAkbw5Crs

The RTE All-Ireland Drama Festival 2017 is serving up a mix of modern Irish classics (The Seafarer, The Mai, The Cripple of Inishmaan) and fresh international works, including three plays making their Athlone premiere - Blackbird by David Harrower, Sarah Ruhl's Dead Man's Cell Phone and The Play About The Baby by Edward Albee. What adjudicator Geoff O'Keeffe will choose as his winner on Saturday night is anyone's guess, but some powerful theatre between now and then is guaranteed. 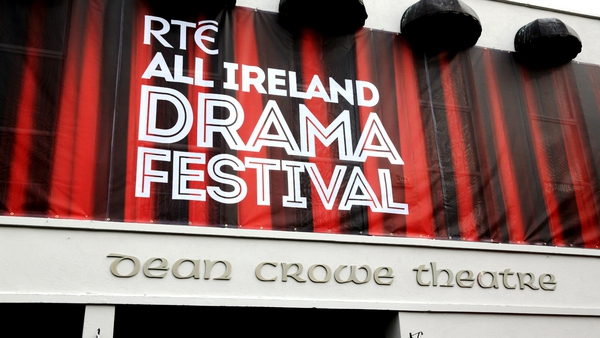