Galway International Arts Festival (GIAF) has launched its programme for 2017 and with it comes that heady mix of progressive and established theatre, opera, visual arts and music, as well as street spectacles and numerous talks, which has marked this mid-summer extravaganza as the country’s prime platform for experimentation in the arts over four impressive decades.

If you want to catch the next big thing in the performing arts, Galway has always been your best bet. For evidence of the impact the festival continues to have on the Irish artistic landscape, one can look to the Abbey’s programme for 2017, which took both Druid’s Waiting for Godot and Enda Walsh’s Arlington from last summer’s festival and rebooted them for the national stage.

July 17th to July 30th will see the 40th incarnation of this Galway institution; fittingly, they have put together an ambitious fortnight of events to celebrate including four world premieres and a return of the Absolut Big Top that will see Brian Wilson of the Beach Boys perform his iconic Pet Sounds album with a 15-piece band.

Festival stalwarts Druid and Landmark return with new productions, while audiences will get the chance to catch British theatre companies The Old Vic and Kneehigh as well as a powerful solo exhibition from Brazilian visual artist Ana Maria Pacheco entitled Dark Night of the Soul and a quartet of newly-commissioned works from celebrated Irish artist John Gerrard.

Major highlights will include Woyzeck in Winter, adapted and directed by Conall Morrison, with lyrics by Stephen Clark, this musical fusion of two plays - Buchner’s Woyzeck and Schubert’s De Winterreise – is a massive collaborative undertaking by Landmark productions and GIAF in association with the Barbican. The production stars two of Ireland's most electrifying performers: Patrick O'Kane and Camille O'Sullivan.

After the success of The Last Hotel in 2015, Donnacha Dennehy and Enda Walsh team up again to bring us a new operatic work, The Second Violinist. Receiving its world premiere at the festival, it stars Aaron Monaghan in the lead, with singers Máire Flavin, Sharon Carty and Benedict Nelson accompanied by Crash Ensemble and a 16-person-strong chorus.

"For 14 days and nights, visionaries, mavericks, dreamers and schemers from all over the world will descend on our city, joining with our homegrown artists to re-imagine the world and our place within it," said the festival’s Artistic Director, Paul Fahy, from New York, where GIAF is currently touring its 2016 productions of Enda Walsh’s shows Arlington and Rooms.

"It is a pleasure to deliver a programme of art and ideas by some of the world’s most brilliant minds, and we invite you to join us in Galway for this our 40th Festival."

Taking place from the 17th to the 30th of July, find the full programme of Galway International Arts Festival events, including show details and ticketing information, at giaf.ie 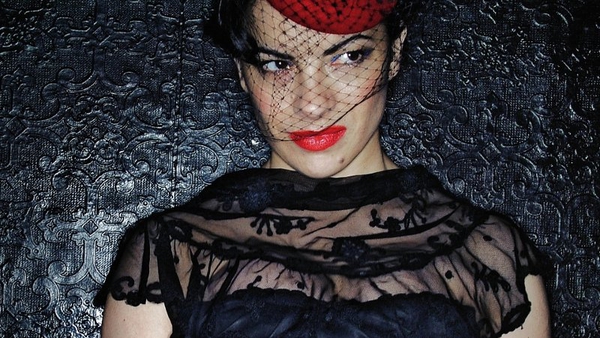 Something For The Weekend: Camille O'Sullivan's Culture Picks