Celebrating Poetry Day Ireland: Chosen from over 12,000 entries, The Curfew by Stephen Sexton won the top prize of £5,000 in this year’s National Poetry Competition. Conor Cleary sat down with the poet to ask him about the win and what the life of a young contemporary poet is really like.

First off, congratulations on your recent win of the National Poetry Competition! That must have been incredibly exciting for you. How did you find the experience?

Thank you! I’m incredibly grateful for the prize, and I still find it hard to believe it happened. When I first got the news, I couldn’t tell anyone and had to keep looking to my call history for evidence I hadn’t made it up. It’s a tremendous honour to be added to a list that contains so many people whose work I admire.

Besides the excitement of winning, one of the first things I thought of was how fortunate I am to have such an estimable group of friends and writers to whom I can show my poems. As you know, we have the joy of a workshop with Ciaran Carson, and the poem that won the competition was kindly and carefully looked over and discussed during one of those workshops. In the way that those discussions can give one confidence in one’s writing, this prize does that too. I feel encouraged to continue doing whatever it is I’m doing, and it’s so exciting to think that the poem has been read and thought about by judges whose work I’m so fond of.

Belfast does indeed have quite a legacy, but there’s so much energy and great writing coming out at the moment.

I understand you’ve been doing quite a bit of travelling recently between Ireland, the UK and the U.S. What has that been like for you and do you find the experience of travelling works its way into your writing at all?

Yes! I’m so grateful to have been invited to give readings around the East Coast of the U.S over the past year, as well as at the Edinburgh Book Festival in August. I’ve got Poetry Ireland and Culture Ireland to thank for that. I really adore almost every aspect of travelling. On one level, I find it kind of thrilling to have my body go in a direction it’s never been in before. But then there’s a new city to stroll around and explore. It was an eerie experience to handle Joyce’s handwritten manuscript of Ulysses in the Rosenbach Museum, and eerier still to be at the Lincoln Memorial on the night of the second Presidential debate. But besides the places themselves, there has been on every occasion, exceptional writers to meet and hang out with and get to know.

Being elsewhere changes the way I think about where I live, and allows me to uncover new ways of thinking about Belfast, and the responsibility involved in that. I’ve found travel to have a kind of elastic effect – it makes the world feel small at one moment, and gigantic the next.

Just a nice montage of some books featuring the poems of Stephen Sexton, winner of the #NationalPoetryCompetition 2016. pic.twitter.com/IUx2m2IkKp

What sort of things do you draw inspiration from for your poems? Where do you like to get your ideas? Do they come to you spontaneously or do you have to go looking for them?

It’s a mystery to me most of the time where poems come from, but when they do, it’s when I’ve made the time to sit down and write them. I’ve found misreading other poems to be very productive, although I can’t do this intentionally. It’s kind of like a mondegreen except with meaning rather than sound, and often I find those errors in my own reading to be amusing or interesting in some way or another.  When I think about influence, I realise that a poem or writer has influenced me when I find myself trying to reproduce the effect their work has had on me, but by using other language, or another approach – by sea rather than land, maybe. I tend to walk a lot, and often I’ll encounter something that seems interesting. This might be an overheard snatch of conversation maybe, or a phrase I’d likely never use myself – something that affects the way I think about language and how I use it. There can be a sort of spontaneity in this regard, but I’ve got to put myself in a position in which I’m receptive to it. When something does come up, usually an image of some kind, I often have to let it roll around a little bit, until I have the measure of it, or work out how I’m going to situate it.

You and I have a shared interest in video games, which maybe isn’t a subject people typically associate with poetry. Do you think there is a place in poems for pixels and health bars or are the two categories very separate in your mind?

We do! I absolutely think there’s a place for video games in poems and in writing more generally, even if it took me a while to acknowledge this myself. I played a lot of video games as a child, and they constitute a big part of how my imagination has developed. Video games and poems tend to be image-based and can offer simulations of the world and things in it. I was a little apprehensive about writing poems about video games because I was concerned they might come across as niche or specialist, but games are important to a lot of people. For me, poems and video games go together because I associate them both with play. "To labour and not to seek reward", says Heaney in St Kevin and the Blackbird. I don’t necessarily think of a result or outcome with games or with writing poems: it’s more about the doing than the having done. While I’m not sure what I’ll do with it yet, I’ve written a long poem about Super Mario World, which I spent a large chunk of my childhood playing. As anyone who’s played it will know, it possesses some kind of aura. In the same way that a poem or a book can mean different things at different points in one’s life, games like this can feel different as the context in which they’re played changes. It’s amazing how so much was achieved with technology that now seems so rudimentary, and how much of an impact it’s had on so many people who can carry strange little digital worlds around somewhere in their minds.

For me, poems and video games go together because I associate them both with play.

Do you find other forms of art/media play a big part in informing your creative imagination?

They absolutely do. Images are very important to me, and are often the starting points for writing poems. I’ve written a lot of poems about paintings and photographs in which I describe, or try to describe, the image’s composition, or some aspect of its content. I’m interested in the things language and images can and can’t do, and what one can do better than the other. I listen to podcasts from time to time, and recently finished listening to S-Town. It features, among other things, some really outstanding descriptions of intricate objects, particularly a sundial. When I looked up an image online of this sundial, I was underwhelmed: there was something about the narrator’s description that moved me in ways the fact of the object did not.If you spend enough time hanging around YouTube late at night, you’re sure to find something, it seems. I’ve watched Teller (of Penn and Teller), perform Shadows many, many times. It’s a routine in which he appears to sever parts of a flower by bringing a knife to the flower’s shadow. It’s elegant and baffling and it communicates something I can’t put my finger on. I suspect its power is in its spectacle.

Belfast is a city with a rich poetic legacy. Sometimes I feel like I can hardly walk down the street without bumping into a literary megalith. What is it like to live here as a young poet?

Belfast does indeed have quite a legacy, but there’s so much energy and great writing coming out at the moment. For a while recently, it seemed that there was a reading almost every night of the week, and news of some new success every other week. It’s partly to do with the Seamus Heaney Centre at Queens and the people it attracts, but also to do with the wider writing community which is supportive and various. There are some fine institutions such as Bookfinders and No Alibis bookstores. For several years, the Lifeboat reading series has paired poets early in their careers with more established writers. More recently, The Tangerine –based in Belfast – published its first issue.  These things together make for a great atmosphere for any writer to apprentice in.

Any upcoming projects or events?

The Belfast Book Festival takes place in June and it’s shaping up to be magnificent. I’m really excited to be reading some poems as part of the festival with Kayo Chingonyi, whose first collection of poems will be launched around the same time. I’m also looking forward to something of a road trip around Ireland – 32 counties in 5 days, though, I suspect I can’t say too much about it right now.

Stephen Sexton is the winner of the 2016 National Poetry Competition. He lives in Belfast where he is studying for a PhD in Creative Writing at the Seamus Heaney Centre for Poetry. His pamphlet Oils was published by The Emma Press in 2014.

Conor Cleary is a poet who also lives in Belfast where he is studying an MA in Poetry at the Seamus Heaney Centre. He is one of the poets taking part in the 2017 Poetry Ireland Introduction Series. 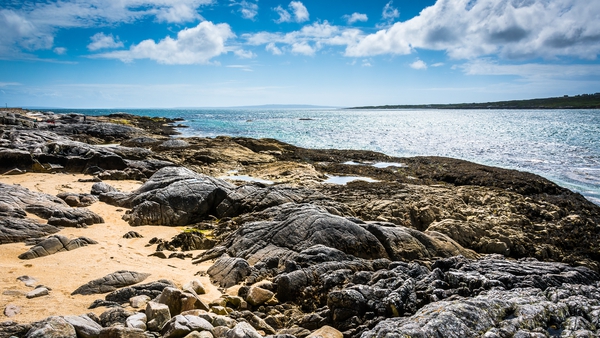