A new version of Oscar Wilde's epic poem De Profundis, to be performed by actor Stephen Rea, is among the highlights at this year's Kilkenny Arts Festival, which runs from 11-20 August.

De Profundis will be performed by Rea with a live accompaniment from the Irish Chamber Orchestra, performing a new score composed by Neil Martin. Often described as one of the greatest love poems ever written, the work was originally composed by Wilde in 1897 while incarcerated in Reading Jail, and intended as an extended letter to his lover Alfred 'Bosie' Douglas. Stephen Rea is no stranger to the work, having performed it last year in Wilde's Reading cell in for a BBC radio documentary.

Elsewhere, the festival will partner with Irish bassoonist, harpsichordist and conductor Peter Whelan and his baroque orchestra, Ensemble Marsyas, for Mr Handel’s Adventures in Ireland, an extended celebration marking the 275th anniversary of Handel’s time in Ireland, a residency that culminated in the premiere of one of his defining works, the Messiah. Along with a rare performance of the original 1742 Dublin version of The Messiah, the Opening Gala features a concert performance of Handel’s operatic masterpiece Julius Caesar in Egypt, with a cast led by globally renowned British countertenor Iestyn Davies.

In recent years, the Kilkenny Arts Festival has brought international musicians to Kilkenny to revisit the great works of composers like Beethoven, Mozart and Bach; this year, they focus on the late masterpieces of Schubert. Dreaming the Sublime is an elaborate musical exploration of the great composer’s work that will include a series of five major concerts focusing on his greatest songs and song cycles, with a line-up that includes Irish soprano Ailish Tynan and legendary Austrian pianist Alfred Brendel, who will present a lecture on Schubert's legendary late piano sonatas.

The full Kilkenny Arts Festival programme will be announced in coming weeks; for booking and further information, go to the KAF website. 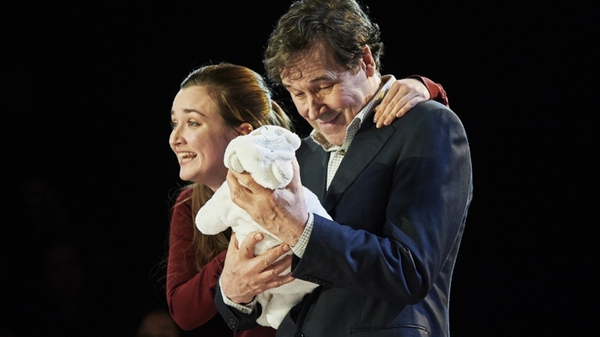