We thought about calling this one Valentine's Films For People Who Hate Valentine's Day, but the romantic in us won the day, and added a J-Lo movie.

Valentine’s Day is an odd one. Abhorred by many, adored by others, it’s always a contentious topic. In terms of how cinema portrays love in mainstream films, it often follows a similar pattern. Two unfeasibly good looking people start out hating each other, but are *gasp* forced to work together/get stuck in a lift together/have to go to a wedding together and romance blossoms. You know the rest.

Rather than putting together a list of the obvious rom-coms you can devour on Netflix (although they undoubtedly have their place), we’ve cast the net that bit wider to find something for all tastes. Even staunchly anti-Valentine’s people will find something here.

Starring Desiree Akhavan, who also directed and wrote the film, Appropriate Behaviour is a gem. She plays Shirin, a  bisexual Persian-American woman struggling to come to terms with her girlfriend ending their relationship. Along with this, she has to tiptoe around her conservative parents when it comes to revealing who she really is. A really funny, clever and understated comedy.

Directed by Charlie Kaufman, this stop-motion adaptation of Kaufman's own play is a masterpiece. David Thewlis stars as Michael Stone, a motivational speaker who is in Cincinnati, Ohio to plug his latest book. There he meets a woman called Lisa, who causes him to see the world in a different way. An often uncomfortable and emotionally affecting watch.

Yes, Maid In Manhattan. There had to be one classic schmaltzy rom-com on the list, and this is it. Jennifer Lopez is the queen of rom-coms, a veteran of the genre. She stars as a hotel maid and single mother alongside Ralph Fiennes, who mistakenly thinks she is a well-to-do socialite. Of course, she goes along with it, and hijinks ensue. A perfect watch when you want to just vegetate.

The Way We Were

Barbra Streisand and a lantern-jawed Robert Redford co-star in this iconic romantic drama. The film tells the story of Katie Morosky and Hubbell Gardiner, and their tumultuous relationship. She’s a stridently political woman, while he’s a WASP with a more detached attitude. Fact: The last scene is one of the most heartbreaking in the history of Hollywood.

Saoirse Ronan stars in this gorgeous film directed, based upon Colm Toibin's novel, that propelled her stardom to new heights. She plays Eilis, a young girl leaving Wexford behind for a better future in New York. A brilliant and evocative period drama and chronicle of first love.

The Way He Looks

Written and directed by Brazilian director Daniel Ribeiro, this is a gay coming-of-age story about Leo, a blind teenager living in Sao Paulo. His life is changed when a handsome boy in school, Gabriel, becomes intrigued by him. The director treats the subject kindly, and the performances from the three teenage co-stars create a lovely, good-hearted film.

The One I Love

Directed by acclaimed author Charlie McDowell and starring Elisabeth Moss and Mark Duplass as a couple on the rocks, this is more of a science fiction thriller than a romance. We see the couple escape on a holiday to try and piece their marriage back together, but sinister things begin to happen. Unsettling, in a good way. 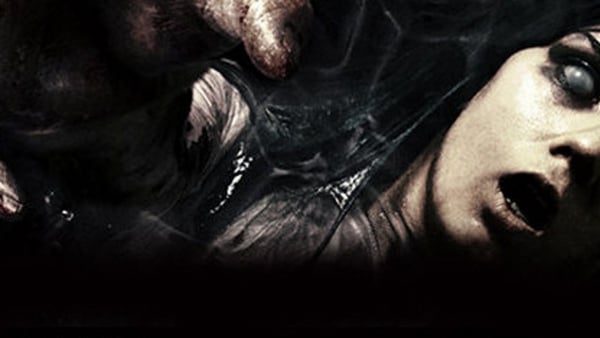