This issue of Guts explores shame, being shamed, and being shameless.

I was struck by Louise Bourgeois’ Maman, the 30ft tall sculpture of a spider that towers over the Guggenheim in Bilbao, selfishly guarding its abdominal clutch of marble-hewn eggs. I read in the brochure that Bourgeois intended this big, bronze monster as a tribute to mothers and motherhood.

I knew this was bollocks because, as a child, one of my many obsessions was spiders. Before I learned to package all the stuff I knew into the kind of A+ anecdotes for which I’m so rightly praised, I settled for simply following people around while I reeled off random facts: species of dinosaurs, collective nouns for animals, rare types of clouds, particularly snazzy prime numbers. And spiders. I knew loads about spiders, so I knew they were terrible mothers. No maternal instinct at all. Spider mams just f**k off and it’s left to the dad to collect, guard, and then lick their eggs into shape, cowering on whatever godforsaken leaf she left him on until they burst in their hundreds to crawl all over his pliant, furry body. This is, incidentally, a process which I refuse to believe even a spider wouldn’t find disgusting.

I found myself saying some of this to my girlfriend like a crazy person. I had no idea where it was coming from. My eyes buzzed and my throat felt hot. I was possessed with a baffling sense of indignation that spider mams had been let off the hook by the whims of this deluded sculptress. There was a rage that came fully-formed from many years of telling people these specific spider mam facts as a child.

Shortly afterwards I was seized by a deep embarrassment for my childhood self. Just like when you’re drifting off to sleep and your brain decides to catalogue a succession of the most mortifying things you’ve ever said in sequence, I couldn’t help imagining how I must have sucked the air out of the room when I said all this stuff, a motherless fact-merchant braying about maternal abandonment, utterly oblivious to how blatantly it reflected his own grief and sadness and anger. In that moment, I knew two things: firstly, there were still things I’d not emotionally grappled with in twenty years and, secondly, I was right about Louise Bourgeois and she still should have looked it up.

Three weeks before my sixth birthday my mother Sheila died of breast cancer. She was 43. I was insulated from the worst of it by a big family and the spectacular resilience and graft of my dad, whose efforts to keep the whole thing going appear more and more God-like with each passing year. Being that I was only five, the solemnity and permanence of my mother’s death was lost on me. So much so, in fact, I spent her wake strolling about the place with sunny grace of a chipper little maître d, and my beaming, three-foot frame was spotted greeting mourners with a cheerful “Did you hear Mammy died?”. Days later, I’m told, I was asking when she would be back from being dead so I am at least content I was confused about the nature of dying itself, rather than actively delighted by her death.

The fact is everyone did hear that Mammy died. Her death left my dad to bring up eleven kids between the ages of two and seventeen. It’s a sob story so extravagantly tragic that his example stunned everyone we knew, us included, into slack-jawed admiration. They say that the pain of bereavement never leaves you. But it does get a lot easier if it’s all you’ve really known. I don’t know why I’ve struggled with the shame of this my entire life. I’ve never said it aloud, much less written it down, but I did not experience the same grief as so many of my friends because it happened when I was so young. My experience wasn’t even comparable to some of my older brothers and sisters. I owe this to the spectacular efforts of my family, but I still sometimes feel embarrassed when grieving friends approach me for advice, as if I could ever review the coping methods used so successfully by that chirpy little five year old, and draft them the same prescription. “Right, here’s my advice, are you taking this down? Step 1; be five years old”. Growing up, this story preceded us a little. I was occasionally told how devastating an example I proved for certain friends to live up to, a precautionary tale their parents would dispense round the dinner table. You’re lucky you have your mother, for God’s sake, poor critters over there I don’t know how it is they cope at all.

It was worse being fussed over by mams in person, of course. They’d fidget and mumble and laugh at everything I said, some would buy me things for no reason. They’d ask about my dad, say how wonderful we all were, but in a tone that suggested it was simply miraculous we hadn’t beaten ourselves to death with lead pipes from all the grief. One friend’s mam was driving me home when she quietly said “you’re all great” while blessing herself with the sign of the cross, as if my family’s experience was itself contagious, an omen of death against which was needed specific, and ritualistic, protection right there and then. I was, in some sense, every parent’s nightmare, personified in a bookish lad hammering them with facts about Star Wars, or long division, and wondering, in between big greedy bites on the way back from football training, why I’d been bought an entire mid-journey selection box in the first place.

Later on, I’d grow ashamed by the pity of others, and the slanders it implied about my settled and comfortable home life. At seven or eight, however, I’m fairly sure I rode that wave of attention like a piebald pony.

For the first few years, I remember my teachers becoming nervy and sheepish when Mother’s Day came round. Nibbling on fingernails, fiddling with brooches, staring at me like some tea they’d gulped without checking if the milk was in date. For a week or so I’d be the unwilling recipient of weak smiles and tender shoulder pats from ordinarily taciturn figures, stern little women with Derry accents that could rust a bike, and all of them tiptoeing about me like a sad little ginger landmine.

In truth, I didn’t give a full time f**k about Mother’s Day. It just wasn’t a thing I got upset about. I didn’t understand why I was supposed to. It just seemed so impersonal and silly, but I didn’t mind the fuss since it usually meant teachers would freeze while everyone else was getting high on maternal love, glue and finger paint, and the upshot was I’d get to read on my own. When I was seven, however, I was actually made do something. It was the year that tubby little Kev Nash got so overzealous with the glitter that the only thing he gifted his mother that year was an evening under the desk lamp, digging sparkly gunk out of his chubby, weeping eyeballs. Aside from his whimpers there was no sound in the class, discounting the soft, slow snipping of those stumpy little scissors they give kids, the blue plastic ones with all the bite of a damp oven glove.

It was to this soundtrack I remember sitting in the corner, tasked with writing down every memory I had of my mother. Straining from the effort, I wrote down ten. Ten clear memories. I never kept that list and, years later, realised with horror that the best I could manage was five. To this day, that’s the best I can manage. I’d not been paying attention and I’d deleted half of my mother from myself. The shame of this was a second bereavement. I sometimes wonder if my subsequent obsession with reading everything, knowing everything and broadcasting to everyone all of these wonderful everythings that I knew, was all about beating memory, about proving that I would never forget. The boy who knew everything couldn’t possibly have forgotten his own mother, so I would know everything.

There’s a deep melancholy to that theory but, on the plus side, it does let me off the hook for a lot of embarrassing behavior as a child. One time I asked my uncle Frank if he knew what deciduous meant, so he humoured me by saying he didn’t. This was a cruel, cruel trap on my part, for I subsequently followed him around his own house making fun of him for his ignorance. There are dozens of stories like this from my childhood, so it would be really handy to blame that kind of thing on my bereavement. That being said, there’s still a good chance I was just a gormless dork whose mam died.

As I got older, I realised there were external memories that could fill the gaps I’d left, and having heard all the saintly tales of how wonderful she was – and she really was – I found that I delighted most in hearing the scant few negative stories I could wring out of those who knew Mammy best. I spent my adolescence seeking out those corners of family events where they would be uttered like blasphemies through boozy breath and glinted eye; of how she could be holier-than-thou, that she could never get jokes right, how she couldn’t write a story to save her life. Best of all was that beautiful evening I heard a family friend - in her glorious, mouth-bending, mid-Fermanagh twang – describe my mother’s singing voice as “sufficiently awful to disprove the existence of Gaww-id”.

These days, telling old stories is a large percentage of what we do when we return home. We sit around Daddy’s huge kitchen table, which once contained us comfortably, back when our feet dangled inches from the floor. Back then, even at full stretch, our fingers wouldn’t reach its centre unless we leaned far enough forward that our chins pressed against its cold surface. These days we barely get round it at all. The whole thing creaks when we laugh. We do still fit, but if you need to nip to the toilet or grab another bottle from the garage, it’s often easier to escape by slipping underneath and through a hedge-tight bramble of shaking legs, than to inch past all those backs, pressed flat against the wall-seats lining either corner.

Around that table no one finishes a sentence and we delight in each other’s mis-remembered notions, undigested memories, embarrassing acts from the past – recollections of her, of each other, ourselves. It’s there that the story of me at Mammy’s wake will go down a storm. Only I’ll be told I used a slightly different wording, or actually it was only for a few minutes, or no, it was way worse and I was leaping around the place in full song.

When corrected, I’m sure I intend to change my internal records but those newer details rarely stick. We each long ago settled on our favourite tales, and each retelling grips them tighter to our tongues. We appreciate the preciousness of our own stock of memories, and perhaps there’s no harm in jealously guarding them, safe from anyone who’d take away whatever clutch we have left. Laughing in those wee small hours, we rinse away with wine our shame for all the silly stories that we tell ourselves.

Find out more about Guts Magazine and get copies here. 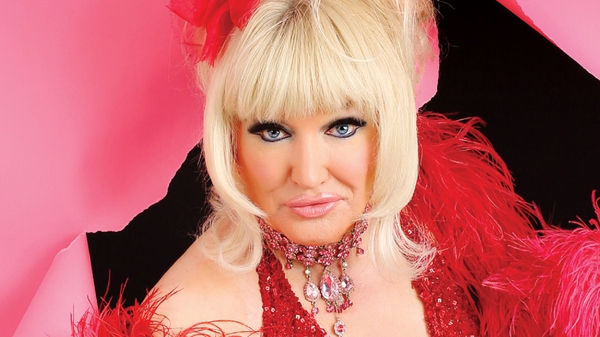