The latest in the series is Orange Horses by Maeve Kelly; a collection of ferocious, witty, and thoroughly entertaining short stories first published in 1990, they richly illustrate the plight of marginalised women in contemporary Irish society.

In charting their lives, Kelly pivots from deep humanity reminiscent of Mary Lavin to a bleak incisiveness evocative of Edna O’Brien. Orange Horses is a beautiful, sad and funny collection of stories of the undervalued, the oppressed and the quietly heroic.

Here, we present the first few pages of the title story, Orange Horses.

Elsie Martin’s husband beat her unconscious because she called him twice for his dinner while he was talking to his brother. To be fair, she did not simply call him. She blew the horn of the Hiace van to summon him.

He had never beaten her unconscious before. He was surprised and a little frightened when she lay down and did not get up. He was a small man but she was even smaller, weighing barely seven stone, and she was further handicapped by being five months pregnant. Afterwards his mother said that if Elsie had fed herself better instead of wasting good money on them fags she’d have been able to take the few wallops and get over them the way any normal woman would.

‘He didn’t mean nothin’,’ the elder Mrs Martin said. ‘He got a bit ahead of himself. But she shouldn’t have blown the horn at him that way. A man won’t take that kind of treatment from any woman and I wouldn’t expect him to. He has his pride.’

She leaned on the caravan door while she spoke, staring out at the twisted remains of a bicycle, a rusty milk churn, a variety of plastic containers, three goats, two piebald ponies all tethered to an iron stake, and a scattering of clothes hanging on the fence which separated her domain from the town dump. Behind her, Elsie lay stretched. Her jaw had been wired in the hospital and was still aching. The bruises on her legs were fading and the cut in her head had been stitched and was healing nicely now, thank God.

‘You’ll be grand again, with the help of God,’ her mother- in-law said, watching the ponies reach for a fresh bit of grass on the long acre. ‘Grand,’ she repeated with satisfaction as if by saying the word she made it happen, God’s help being instantly available to her. ‘You’re grand. I’ll be off now and I’ll cook him a bit myself. I’ll get one of the young ones to bring you over a sangwich. You could manage a sangwich.’

Elsie closed her eyes, trying to squeeze out the pain. Her stomach had not shrunk back to normal. The baby was only gone a week. She folded her hands over the place where he had been. She was sure he had been a boy, the way he kicked. She grieved quietly for him, for his little wasted life that never got the chance to be more than a few small kicks and turns inside her body. But she was sorry for herself too, because she had had a feeling about him, that he would be good to her. He might have been the one to protect her when the others were married with their own wives. She could tell by the older boys that they would hit their wives to control them. She wouldn’t interfere but she would not stay around to watch her history being repeated. She had planned a life for herself with this baby. The plan would have to be changed.

Brigid, her eldest daughter, stepped lightly into the caravan and stood beside her. ‘Nana says would you like a drink of tay with your sangwich.’

‘Shut the door,’ Elsie said crossly. ‘You’re letting the wind in. And sweep out the place. Didn’t I tell you to do it this morning? Do you ever do anything you’re told?’

‘I did it. Them childer have it destroyed on me.’

‘Who’s minding them? Are they all at your Nana’s? Where’s Mary Ellen? Where’s your father?’

‘I dunno.’ The child took the sweeping brush and began to sweep the floor. Her sullen expression annoyed her mother almost more than the careless way she swept the bits of food through the caravan door and out on to the green.

A dog poked hopefully through the crumbs, then looked up expectantly at Brigid. She said, ‘Geraway outa that,’ without enough conviction for him to move. He placed a paw on the step. She pushed it off and stared maliciously at him. ‘I’ll tell my daddy on you, you little hoor,’ she whispered and then, a living image of her grandmother, leaned on the brush handle surveying the scene.

Elsie lay back, floating between waves of pain, bathing herself in its persistence. She tried anticipating its peaks, the way she had been learning to anticipate the peaks in labour pains for the baby who was born dead. For the first time in her sixteen years of childbearing she had attended an antenatal class. It had all come to nothing. She should have known better. Her husband hadn’t wanted her to go. He had been persuaded by the social worker to let her try it. But he had grumbled a lot after her visits and told her she was getting too smart. Baby or no baby, he said, you’re due a beating. Keeping in with the country people isn’t going to do you any good. And they don’t care for you anyway. You’re only a tinker to them.

She turned her head to see what Brigid was up to. The child had dropped the brush and was standing very still staring at something. ‘What are you staring at?’ the mother called.

‘The pony is orange too,’ Brigid said softly. ‘The pony is orange.’ She had cross eyes of a strange pale grey and the glow of the sunset lit them and changed their colour to a near yellow. One of the ponies suddenly tossed his head and flicked a quick look in her direction before turning his attention back to his patient grazing. Brigid wondered what it would be like to ride him. She was never allowed to try. If she did, her brothers knocked her off. She was beginning to think that she didn’t want to ride. She would soon forget that she had ever had such a desire. Her brothers rode like feudal lords, galloping through wastelands and even through the crowded streets, proud and defiant. Brigid fixed her sombre gaze on the pony’s back. It must be like the wind, she thought. It would be like racing the wind. That’s why her brothers were so proud and cocky. They could race the wind, and she couldn’t. Her father did it once. Her mother never did it. Her mother got beaten and had babies and complained. Her mother was useless. 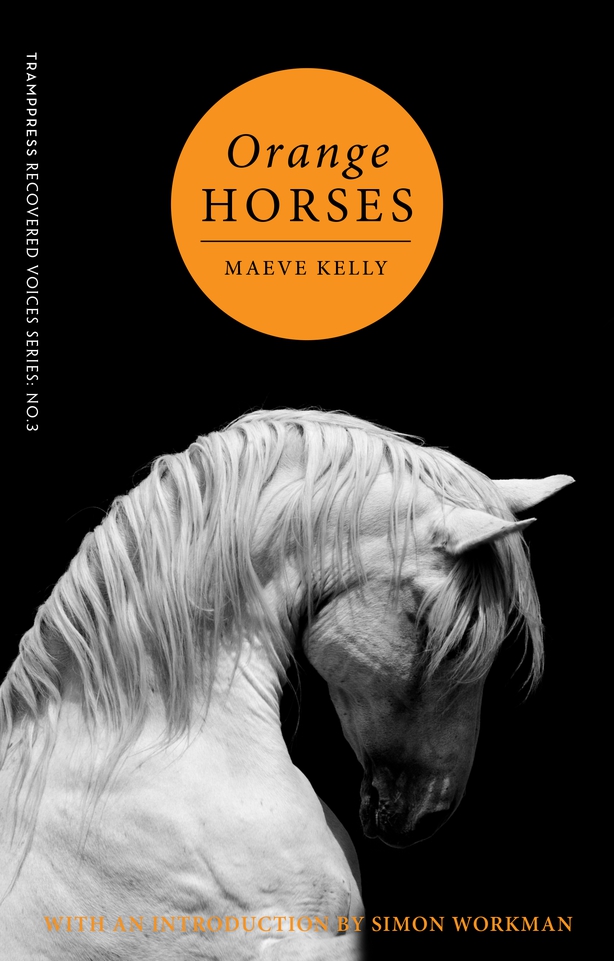 Orange Horses by Maeve Kelly is available from Tramp Press now, and in all good bookshops. 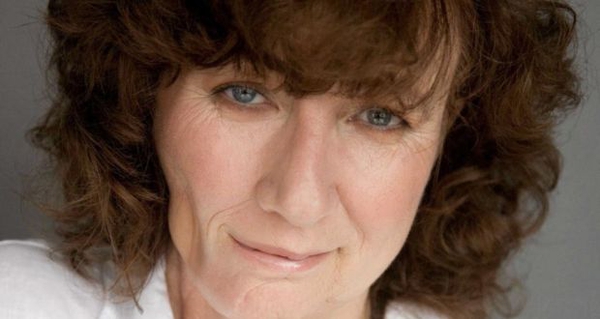 New Writing: From Beyond The Centre, by Lia Mills