Much-loved Irish band Fight Like Apes have announced that they are to split after ten years and three albums, with a trio of farewell shows planned for later this month.

There are massive challenges for a lot of bands, mostly financial, that make this a tough job and sadly, those obstacles have become too big for us.

Their debut album Fight Like Apes and the Mystery of the Golden Medallion (2008) won them a nomination for the Choice Music Prize and landed them a high-profile slot supporting The Prodigy on a stadium tour of the UK. Their most recent album, the eponymous Fight Like Apes, was released last May, following a crowd-funding campaign to finance the cost of production and promotion. 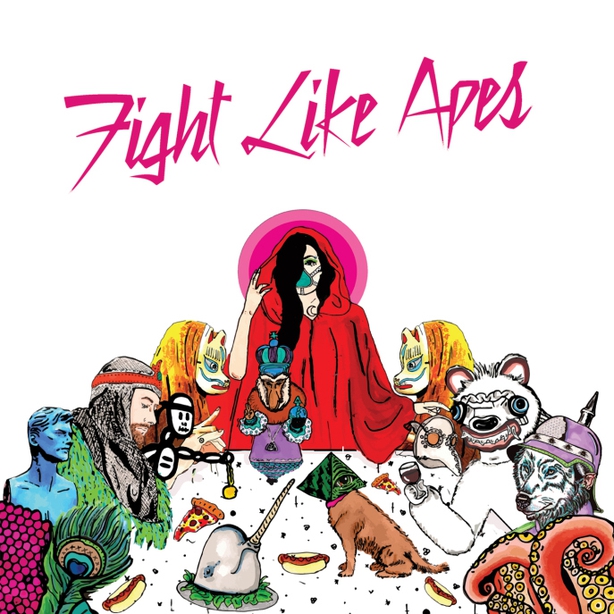 A popular live act, the band toured extensively during their decade-long run - their final shows will be at the Roisin Dubh, Galway on November 24; Connolly’s of Leap, Co Cork on November 25 and Whelan’s, Dublin on December 9.

Read the band's statement in full below:

Stick a fork in us, we’re done.

We’ve been quiet for a while now. We’ve had a lot of thinking and talking to do. We’d be here all year if we started listing the people we wanted to thank, so we’ll just do that in our own time.

You’ll see us all again under different musical guises but, these 3 shows will be Fight Like Apes’ last. We want to call it a day while we’re all still pals and are proud of what we’ve done.

And we are very, very proud.

It’s a deadly time in so many ways to be in a band; you can have so much control over your work if you’re clever; you can release it how and when you like and in our opinion, right now, Ireland is the healthiest it’s ever been in terms of talent and diversity.

But, there are massive challenges for a lot of bands, mostly financial, that make this a tough job and sadly, those obstacles have become too big for us.

I think we all know that we're going to hear announcements like this more often. A lot of people don’t seem to understand that we can’t keep producing records if you keep not paying for them. Bands are having to sell beautiful albums for €2.99, labels can’t give you as much support since they’re losing income too and our alternative radio stations* are practically non existent now, meaning so many wonderful bands will not get a chance to get played on radio as they’ll be competing with huge pop acts.

Please buy your music in independent record stores or directly from the band.

Don’t fool yourself in to thinking that your £10 subscription to Deezer and Spotify helps us at all. It does not. Look how many bands are on there and do the maths.

Thanks to all you entirely crazy, wonderful people who have supported us and danced and screamed with us over the past 10 years. We could never thank you enough.

I still can’t believe some of the amazing things we’ve done together and how far we came.