A fire-fighter arrives in, straight from the scene of devastation.

If you’re reading this, I’m sure you know where that scene of devastation was and what had occurred there that day.

September 11th; 9/11; the 11th of September. The date is arguably the most easily-recalled in recent history.

Where were you the day the World Trade Center fell? Most people remember immediately.

The scene above belongs to the Irish journalist Lise Hand’s memory.

“I had spent the day down at Ground Zero,” said the journalist, who was living in New York in 2001, “but the story is actually set in Marty’s Bar later that evening. It was just a small incident, but it’s something that stuck with me out of all the things I remember from that day.”

“I remember being profoundly sad at the time because it was almost until that evening it took to realise that 9/11 was going to change the world for everybody.”

Marty’s Bar is what’s known in New York as a ‘submarine bar’ - “It’s long, narrow, full of men and no windows,” according to Lise.

“There was talk of tooling up with guns, there was a lot of dangerous talk... and then this young fire-fighter came in and everything that happened after that sort of changed the mood.”

“You had this tense situation in this bar,” she recalls. “There were guns up on the counter and all that and it was all getting a bit hairy... This was just a pause, a moment in time, where people really reflected about where they were and where they were going to go.

“The people in this bar decided on one path.” 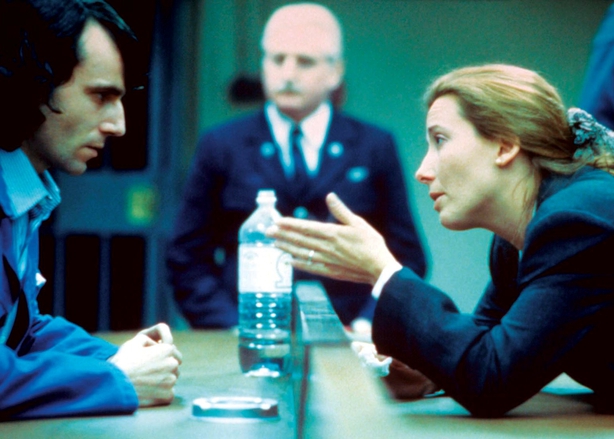 Lise refers to ‘the story’, as she wrote about that incident when she returned to New York years later. Her recollections became a short story, and that story has now become a short film.

“It struck me immediately that I could do something with it,” said Jim, speaking of Lise’s short story. Jim and Lise had worked together on In the Name of the Father; they go back a long way.

Jim worked his magic and secured funding for the film, got Salma Hayek on board and wrangled permission from Bruce Springsteen to use one of his tracks in the film.

“How did you get Springsteen?” asked Keelin.

“It’s Ireland - three degrees of separation! A call went into Edge and Edge rang Bruce, ran the whole thing past him and he gave it the green light,” answered Lise.

“I don’t think any other director could have pulled this together in essentially nine days,” said Lise of Jim. “But I think people got the project. They understood it was pertinent to the [US] election...”

“The fact that it’s anti-Trump’s policies makes it political with a small ‘p’,” says Jim.

Hear more from Jim and Lise ahead of 11th Hour’s premiere here.