Breaking boundaries in theatre, literature and performance, the acclaimed Signatories returns to Dublin this October, for four performances only at Dublin's Olympia Theatre from October 4th-8th.

Following its World Premiere at Kilmainham Gaol for the anniversary of the 1916 Easter Rising, Signatories sees eight world-class Irish writers - Emma O’Donoghue, Thomas Kilroy, Hugo Hamilton, Frank McGuinness, Rachel Fehily, Éilís Ní Dhuibne, Marina Carr and Joseph O’Connor - dramatise the seven signatories of the Irish Proclamation, along with the perspective of Nurse Elizabeth O’Farrell who delivered the surrender in the Easter Rising of 1916.

Commissioned by UCD, and performed as a series of monologues, this production imagines the innermost thoughts of each signatory, encapsulating the emotional turmoil caused by their self-sacrifice, with each writer relaying the voices that thread across deeply personal emotions from each historical Irish character.  – sending out commands, lying in Kilmainham Gaol, facing the firing squad, ultimately being airbrushed out of public view and leaving a legacy to haunt future generations. The signatories of the Irish Republic must have known that the Rising would be crushed militarily, would end in carnage and death and that if caught alive, they would themselves be executed.  – 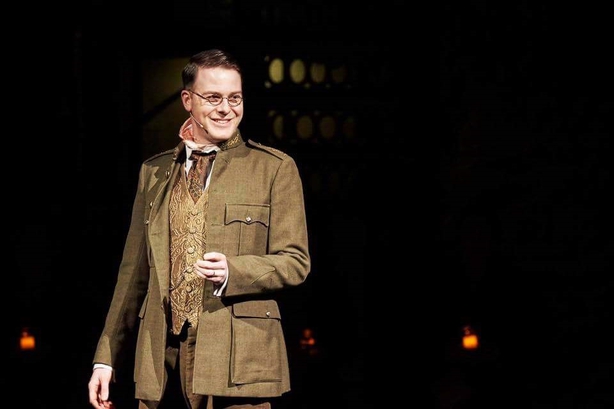 We're giving away 5 X pairs of tickets to see Signatories - to be in with a chance, simply follow us on Twitter via @RTE_Culture and tell us this: where did Signatories receive its World Premiere?Send us your answer along with the hashtag #RTESignatories before 6pm on Friday evening. You can enter via our Facebook page, too. Get cracking and the very best of luck!