Fresh from a triumphant appearance at this year's Electric Picnic, the long-distance love affair between Other Voices and the Lone Star State will be consummated in Austin, Texas this October when the acclaimed event heads west out of Dingle across the Atlantic on the musical expedition of a lifetime. 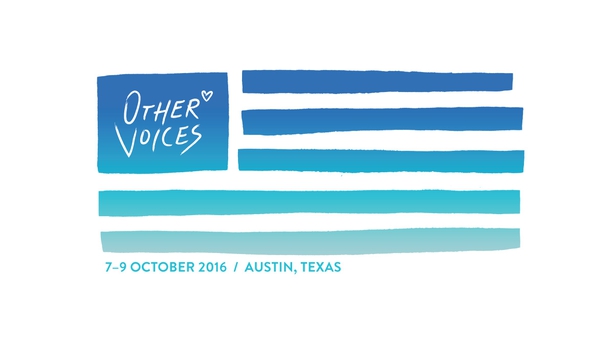 The inaugural Other Voices Austin will take place from October 7th to 9th forthcoming; the line-up, yet to be announced, promises the usual OV combination of eclectic Irish and international talent. Austin has long established itself as a vibrant cultural hub, with a sizable Irish contingent making the annual trip to renowned music, film and media festival South By Southwest (SXSW).

“To head to Austin, Texas has been a life long dream. When we made Bringing It All Back Home 25 years ago we never got west of the Mississippi…I have been dreaming about Texas since. When I think of Texas, I think of music; the blues of Lightnin’ Hopkins, Buddy Holly, Texas Swing, Kitty Wells, Towns Van Zant, Guy Clark and all of it shot through with “A Lone Star State of Mind”. Other Voices has a great affinity with that spirit…. one that is intact in Austin and that lives in the iconic Arlyn Studios, which will be our home this October."

As mentioned, the city's historic Arlyn Studios, will be the new 'sister home' for their Austin excursion. A recording hub for Austin’s vibrant music community, located in the historic Austin Opera House, over the years Arlyn has played home to everybody from Willie Nelson and Ray Charles to Coldplay and The Strokes.

Other Voices’ Music Producer Aoife Woodlock has been heading to Austin for the last ten years to attend SXSW - there she met artists such as Ibeyi and Shakey Graves, inviting them to their annual Dingle shindig. “I first met Graham Brown (partner of Arlyn founder Freddie Fletcher) as part of Laura Marling’s band in Dingle," she says. "We reconnected on a boat on the Colorado during SXSW in March 2015. We hatched a plan. Our vision is now a reality and a little piece of Dingle is on tour to the Lone Star.”

The Other Voices Austin shows will be recorded for future broadcast on RTÉ.