This year’s winner of this year's Rooney Prize for Irish Literature, intended for emerging Irish writers is the bi-lingual poet Doireann Ní Ghríofa.

The prize is awarded to a body of work that the selection committee considers one of exceptional promise. A single remarkable work may warrant an award but the committee is keen to consider writers who have begun to establish an oeuvre.

Ireland Chair of Poetry and selection committee member Éiléan Ní Chuilleanáin announced this year's winner earlier this evening at Trinity College’s Dining Hall. A number of former prize-winners writers read from their work at the event, which also marked the 40th anniversary of the prize.

The event was hosted by the Provost, Dr Patrick Prendergast. Tribute was paid to the Rooney Prize benefactors, former US Ambassador to Ireland, Dan Rooney and his wife, Patricia Rooney. The Rooneys have supported what is the longest literary award in Ireland.

Ní Ghríofa was born in Galway, 1981 and writes in Irish and English. She was awarded the Ireland Chair of Poetry Bursary 2014-2015 and her publications include the Irish language collections Résheoid and Dúlasair, both of which are published by Coiscéim.

Clasp, Doireann Ní Ghríofa’s first English-language collection of poems, was published by Dedalus Press in April 2015.  The final section of the 74-page book comprises a single poem, Seven Views of Cork City, which paints what has been described as an unsettling portrait of the poet’s adopted city, and of urban life’s ubiquitous restraints on “our dream of speed.”

The prestigious Chicago-based periodical, Poetry, saluted Clasp for “poems (which) excel in their consideration of motherhood."

Paula Meehan, Ireland Professor of Poetry also welcomed the book. “There is a fearlessness in Ní Ghríofa’s work: in the subjects she turns her keen gaze on, but also in the very music she lets play in the lines. A deep intelligence informs the strategies and approaches in the poems, and a generosity of spirit and openheartedness are signal qualities." 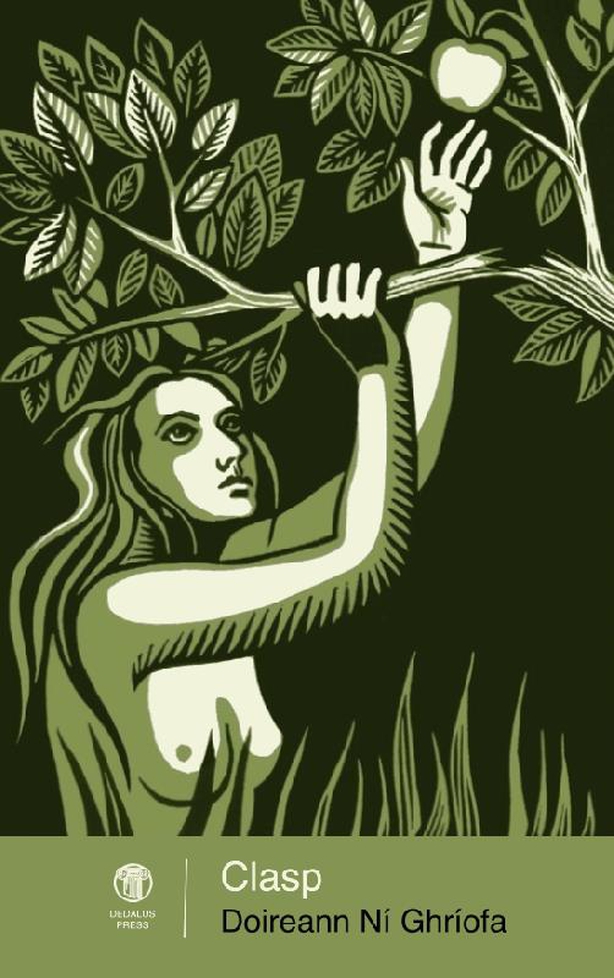