Making the announcement on her website Pottermore.com, the author said the e-books will "dig deep into the Harry Potter stories, with titbits taken from Pottermore's archives" and will also feature new material. 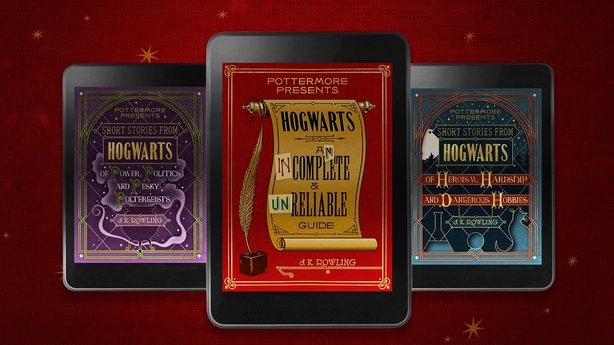 Hogwarts: An Incomplete and Unreliable Guide will give fans new insights into the school of witchcraft and wizardry and its ghosts.

Short Stories from Hogwarts of Power, Political and Pesky Poltergeists will delve into the life of Professor Horace Slughorn and explore Azkaban prison.

Short Stories from Hogwarts of Heroism, Hardship and Dangerous Hobbies will concentrate on Hogwarts' professors, including Remus Lupin and Minerva McGonagall.

It has been a very busy few months for Rowling: July saw the premiere of the two-part play Harry Potter and the Cursed Child in London's West End and the publication of the rehearsal script in book form. 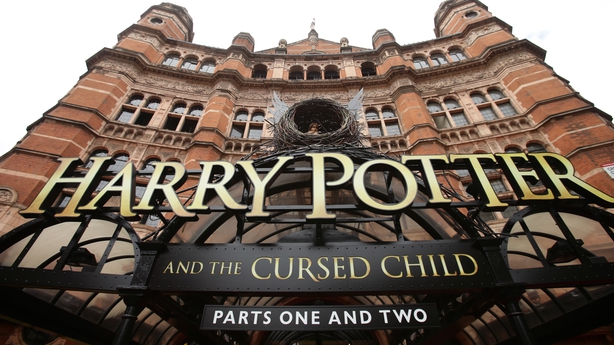 The story is set 19 years after the last visit to Harry and friends, in Harry Potter and the Deathly Hallows. The play centres on a now fully-grown Harry, who is an overworked employee at the Ministry of Magic and father of three.

November sees the release of the Potter spin-off movie Fantastic Beasts and Where to Find Them. It stars Eddie Redmayne as wizard Newt Scamander and Colin Farrell as his pursuer, Percival Graves.