Some isolated showers in the west but dry in most parts of Munster for the rest of today in light to moderate west to northwest.

Dry in most parts overnight with isolated showers dying out in the west. Some clear spells but mist and fog patches will form and become dense in places. Frost will develop as temperatures dip to between -1 and +3 Celsius in light westerly breezes, coolest inland.

Frost, mist and fog will clear most parts on Thursday morning to give a dry day with some sunny spells. However; fog may linger in a few spots well into the afternoon. Cool with top temperatures of 5 to 8 Celsius in light variable breezes. Mildest in the west.

Cold tonight with long clear spells and just a few isolated showers in the west and north. Frost will form in some areas with a risk of ice as temperatures dip back to between -2 and +3 degrees. Mist and fog is expected to develop quite widely before dawn as winds fall light.

A cold and frosty start on Thursday with areas of mist and fog. It’ll be a predominantly dry day with sunny spells and just isolated showers. However, fog may be stubborn to clear in some areas. Highest temperatures generally ranging 6 to 9 degrees. Winds mostly light, variable in direction but increasing moderate southerly in the northwest.

Summary: Quite cold and settled for the end of the week with night frost, before milder and wetter weather spreads from the south over the weekend. Thursday night: Another mainly dry but cold and frosty night. It will be cloudier in the west and northwest with the chance of some light rain. Dense fog will develop in places in near calm conditions. Lowest temperatures generally of -1 to +5 degrees, coldest in the southeast. Friday: A cold day on Friday with frost and fog lingering in the morning. However, it will remain largely dry apart from showers in the northwest, with occasional sunny spells developing through the day, the best of which will be in the southeast. Highest temperatures just 5 to 9 degrees in light southerly breezes. Friday night: Becoming mostly dry on Friday night, with clear spells and just the odd isolated shower. Continuing cold with lowest temperatures dropping to between -2 and +3 degrees, coldest in the east where there will be a widespread frost. Saturday: Most places will see a cold, dry and bright day on Saturday with afternoon temperatures of 6 to 8 degrees. It will be milder and cloudier towards the south coast, though, with scattered showers and highest temperatures of 9 to 11 degrees. Easterly winds will be light to moderate. Saturday night: Well scattered showers will linger in southern areas on Saturday night but otherwise it will be dry with a mix of cloud and clear spells. Mist and fog will form towards morning. Lowest temperatures will range between -1 and +6 degrees, coldest in Ulster. Sunday: Continuing largely dry on Sunday, with mist and fog clearing through the morning and some sunny spells developing by afternoon. Highest temperatures of 7 to 10 degrees with light, variable breezes. Further outlook: Settled and cool for the early days of next week.

Meteorological Situation at 2100: A ridge a high pressure extends a moderate northwest air-flow over Ireland.

Wind: North to northwest force 4. Soon backing south or southwest force 4 and increasing to force 5 at times between Slyne Head and Malin Head.

Outlook for a further 24 hours until 0000 Saturday 28 November 2020: Moderate to fresh south or southeast winds developing in all sea areas during Friday, occasionally strong off the west coast. Weather: some patchy rain and drizzle with risk of inland fog. 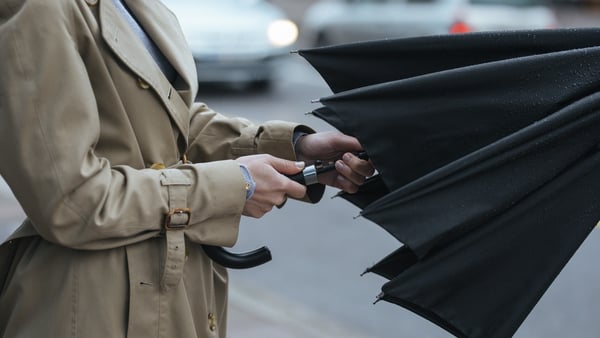 A Status Yellow rainfall warning has been issued for the whole of Connacht, and counties Cavan, Donegal, Clare and Kerry. 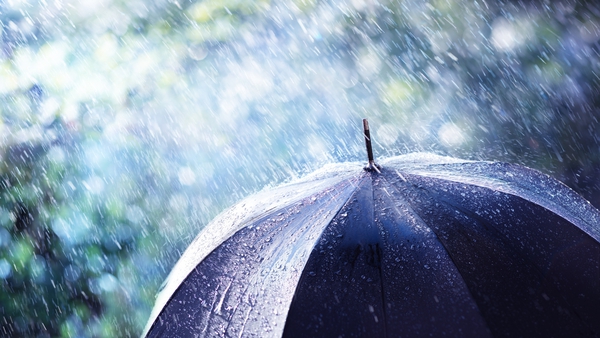 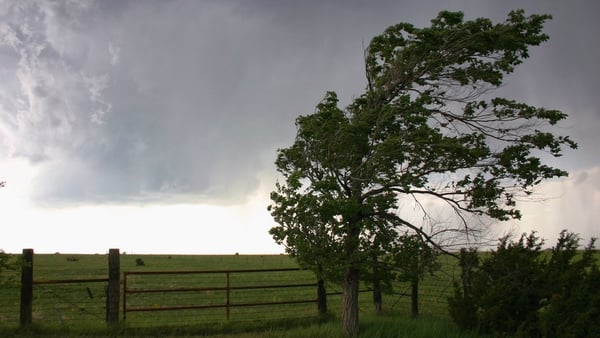