Tracks & Trails is back for a 9th series and is bursting with beautiful hikes, walks and cycles on newly developed and lesser travelled routes on the island of Ireland. In this new series which returns after a two year break, the presenters are challenged to cover a lot of ground on foot or by bike and in some cases scale some steep yet very rewarding trails on hills and mountains around the country or to follow quiet, meandering peaceful paths getting away from it all.

In series 9, Tracks & Trails will bring the viewer across spectacular mountain and cliff side trails in Northern Ireland; along inland cycle trails, forest, parkland and ancient paths of Westmeath; new and challenging routes that cross the hills of South Wicklow and the breathtaking coastline and mountains of North Wicklow; along ancient paths soaked in history of North Co Wexford, as well as along the magical beaches and bohreens around Rosslare in Co.Wexford in the final programme. 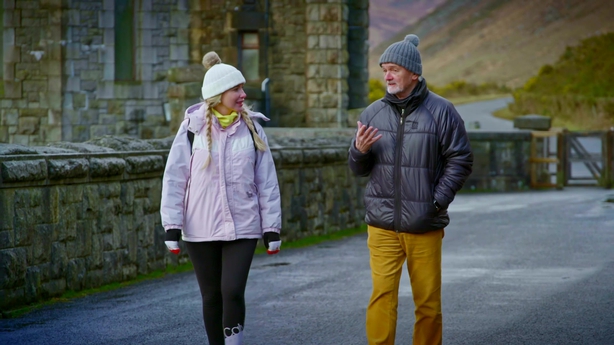