Douglas Petersen is looking forward to a grand tour of Europe with his wife Connie and their only son Albie. It is supposed to be the trip of a lifetime - a last chance for the three of them to spend quality time together before Albie leaves home for university. But things don't go as Douglas has meticulously planned.

Produced by Drama Republic and Bandstand Productions for BBC One, Us is a four-part tragicomic drama adapted by David Nicholls and based on his novel of the same name and starts on RTÉ One on Tuesday 23rd February at 10.15pm.

Douglas Petersen (Tom Hollander) is blindsided when his wife Connie (Saskia Reeves) tells him that she's not sure she wants to be married to him anymore. Devastated, Douglas vows to prove to his wife that he is still the man she fell in love with and to repair his troubled relationship with their son Albie (Tom Taylor), on a long-planned family grand tour of Europe.

What’s meant to be a holiday to mark the last summer before Albie leaves for university becomes, for Douglas, a desperate quest. Will he be able to keep his family together?

Hilarious and heartbreaking, Us takes viewers on the Petersens’ once-in-a-lifetime journey exploring some of the most beautiful cities in Europe. 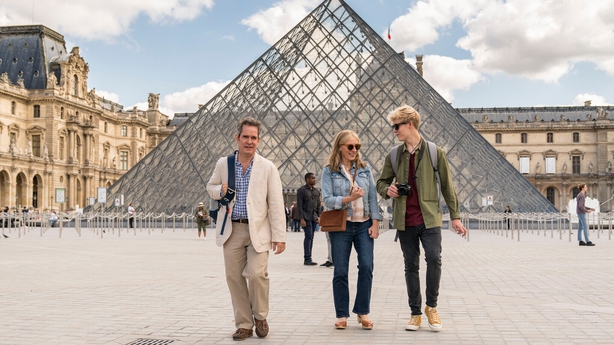