The 2 Johnnies are one of Ireland's hottest rising entertainment acts from Co. Tipperary – they are Comedians, Musicians, Presenters (and former bad hurlers). And now they are bringing their American Tour to RTE2 on Thursday nights at 9.30pm.

The 2 Johnnies are on the up! With all the success, they have had in Ireland it's time for the lads to make their way in the world and now they embark of their first tour of America. This series follows them as they navigate their first US tour and look at the current state of Irishness in America from the multigenerational "Irish" to the recent arrivals, asking the question 'what is IRISH AMERICAN in Trump’s America? The lads also get to meet some amazing Americans doing weird and wonderful things. So armed with a bunch of stories to tell, the lads head to LA, Miami, and Washington to perform their live podcast.

For episode 1, they are in LA. They take a trip to Compton renowned for its gangs, violence, crime, and hip hop and come face to face with some unusual people who mistake them for the PoPo [Police].  LA also sees the lads try their hand at rollerskating, remix one of their hit singles with Randy, and train with GAA club LA Cougars.

The 2 Johnnies are on a journey into the unknown, from coast to coast, one gig at a time. With a mixture of live comedy, music, interviews, travelogue, and reality disasters – The 2 Johnnies Do America is one hell of a ride! 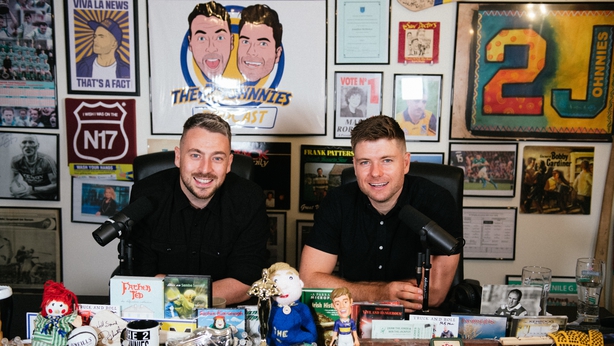