Can Ireland's most famous architect separate this head from his heart as he embarks on his most personal project yet - the family home of his dreams?

After 13 blissful years in the house where he and his wife raised their three children – the place where he created his first 'room to improve’ -architect Dermot Bannon is moving on. A new home awaits in the form of a run down 1930s house in Drumcondra – soon to be fitted with a massive two storey extension that will triple its size. For the first time ever, Dermot is both client and architect – a dual role in which he’s far from comfortable. And as he struggles to realise his vision, he’ll need all the help he can get.

The first programme of this entertaining two-part addition to Ireland’s favourite home design series sees Dermot reunited with his former on-screen partner – no-nonsense quantity surveyor Patricia Power. Also on hand is architect Ciaran Deville – doing his best to steer his old college buddy away from all things ‘pedestrian and predictable’.

As it turns out, the only predictable thing about this build are delays caused by Dermot’s obsessive attention to detail. From the structure of the roof to windows and flooring, nothing happens on time, to the increasing frustration of builder Graham Byrne. Eventually, Dermot decides that the only way forward is to seek professional help. Leaving everyone on site to fret over the slipping schedule, he high-tails it to Oxford for a design masterclass with his hero, award-winning architect Niall McLaughlin. What seems like a great idea ends up causing even more delays as Niall’s critique of the Drumcondra design leaves Dermot doubting a key part of his plan.

Can Ireland’s most famous architect separate this head from his heart as he embarks on his most personal project yet – the family home of his dreams? 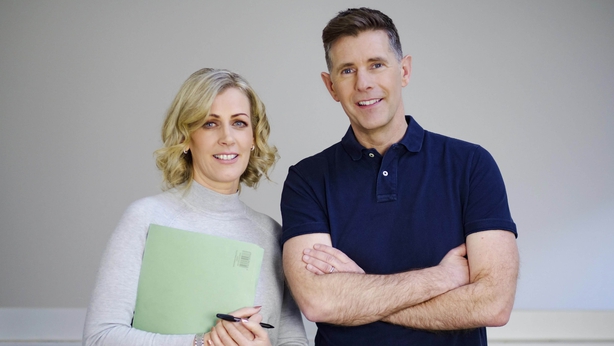