The brand new six-part documentary series starting on RTÉ One on September 9th at 7.30pm and will explore the Irish food scene from fine dining to casual cuisine and everything in between. From West Cork to North Donegal, this series showcases the incredible creativity and talent on this island, alongside the passion, pain, and the challenges of working in the restaurant industry in Ireland.

Beyond the Menu is presented by award winning chef Mark Moriarty, winner of the prestigious San Pellegrino World Young Chef of Year and is listed on the Forbes 30 under 30 list for innovation. Mark has set the food world alight both here and overseas with his edgy creativity and his passion of pushing food to the edge.

In each episode, Mark travels to all four corners of Ireland meeting like-minded chefs, spending time with them in and out of the kitchen. He profiles each incredible chef, the food that they create that stands out in this new movement of Irish cooking. He finds out what makes them tick, what makes them succeed, what drives them and what inspires them. During the show, Mark also collaborates with each chef and together, they create a menu for an exclusive pop-up night for some special guests. Be prepared for some very surprising and unpredictable offerings!

Mark Moriarty has been steadily building his reputation as a chef and food innovator for the past 6 years, gaining himself, and Irish cuisine, international recognition.

In 2015, he was named the San Pellegrino World Young Chef of the Year, representing the UK and Ireland region, after 6 months of competition. As the holder of the title, Mark released an 8-course menu showcasing his unique take on Irish cuisine. He toured this menu around the world, hosting pop up restaurants in 12 cities over 12 months, everywhere from a rooftop in Melbourne to a brewery in Johannesburg.

On the back of this, in 2017, Mark was listed on the Forbes 30 under30 list for innovation in the arts sector.  Mark is part of the team at The Greenhouse restaurant on Dawson Street in Dublin, which holds one Michelin star. Here he works alongside head chef Mickael Viljanen and the small kitchen brigade. 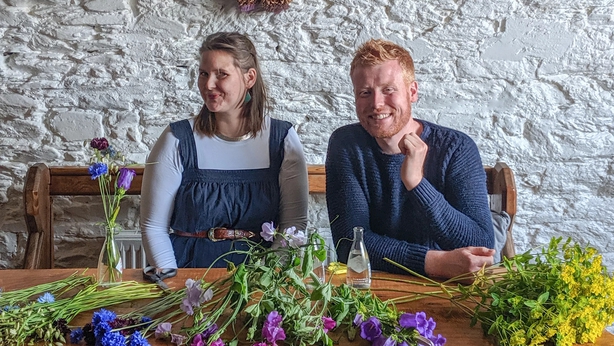