Have you fallen out of love with your home? Do you struggle to find space, stranded in a sea of clutter? Well, take heart. Home Rescue is on the way!

Architect Róisín Murphy, builder Peter Finn and their crew are back with a new series on RTE ONE – redesigning rooms and bringing order to chaos.

Let’s face it – as a nation we’re slow to let go. Old furniture and random knick-knacks, unused clothes and unfinished projects – eating up space and burying precious memories under a blanket of clutter. One day, a Spring clean will come, but somehow, it never does. Until now.

Each week, architect and designer Róisín Murphy, her builder Peter Finn and their team come to the rescue of families with cluttered and disorganized homes in Kildare, Cork, Meath and Dublin.

With just three days and eight thousand euro, their challenge is to rid the house of clutter and completely transform two problem rooms, with help from IKEA Ireland.

Along the way, there’ll be compromise and custom-builds, bust-ups and last-minute fixes, triumph and tears, but where there’s a will there’s a way.

If anyone can rescue these homes, this team can. 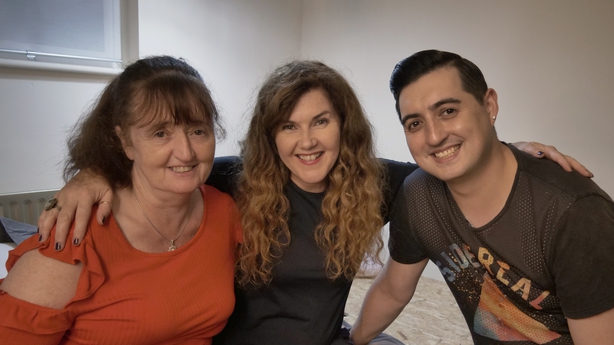 At an end of terrace house in the Cork suburb of Ballyphehane, Róisín and Peter face a real challenge as they come to the rescue of Carmel and Konrad – a former Mr. Gay Cork and the sixth of Carmel’s eight sons! Known locally as the Kork Kardashians!

Konrad and his mum have had the family home all to themselves until last year when Konrad’s older brother Kenneth moved back with his wife and kids.

As a result, Konrad and his mum – both keen crafters – have relocated to two rooms on the ground floor – hemmed in by piles of craft materials – they’re effectively living in bedsits! Exacerbating her seasonal affective disorder, Carmel is so mortified by the mess, she hasn’t opened her curtains in a year!

Leaving Peter and the crew wondering what she means, Róisín suggests an elaborate raised bed and chillout zone for Konrad’s room and a custom made four poster bed for Carmel’s boudoir. Tempers fray when she also designs a complex, geometric paint pattern for Konrad’s wall and when Peter point blank refuses to co-operate, it’s time for some emergency last minute diplomacy.

Can a compromise be found before time runs out? Or will the most fabulous design of the series descend into chaos? 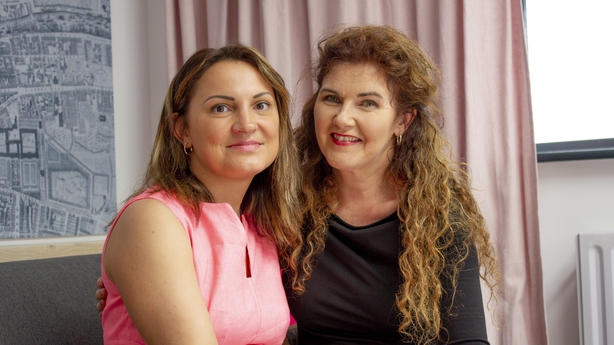 Architect Róisín Murphy, builder Peter Finn and the crew come to the rescue of Latvian mum Maria at the small apartment she shares with young sons Armands and Lukas and her mum Gita.

With two year old Lukas and granny Gita in one of two bedrooms and Armands in the other, Maria has relegated herself to a corner of the living room which also houses the dining area and the kitchen. To add to the problem, an adjacent closet is packed to the ceiling with clutter.

Róisín plans a complete redesign of these two dysfunctional rooms, but there’s barely space to work. As the clutterbusters get busy, the team is forced to relocate the entire contents of both rooms to the vacant classroom of a nearby college, squeezing a mini-skip into an alleyway outside.

Even empty, there’s so little space in the apartment that Peter and the crew find themselves refitting the kitchen to make the most of every available inch. When Róisín announces her plan to transform the tiny closet into a laundry, the build-design balance is strained to the max and that’s not all..

Somehow, a single room will have to function as a kitchen, a dining room, a living space for a family of four and a bedroom for one.

This is going to take all the design ingenuity and cunning craft that Róisín, Peter and the team can muster. 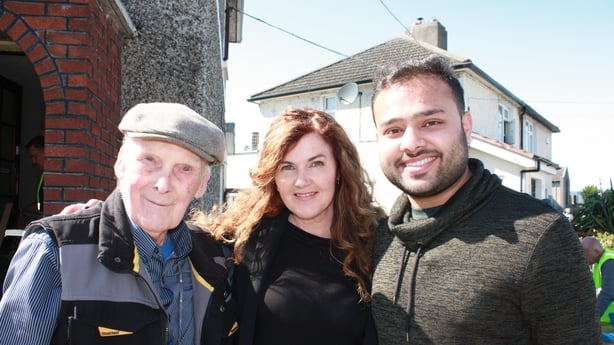 In Dublin’s East Wall, Róisín, Peter and the crew are about to attempt their biggest home rescue to date. The small terraced house shared by Austin (83) and his flatmate Muhammad (24) is in utter chaos. Abandoned by rogue builders midway through a renovation job, the house is a mess of broken plaster, unfinished walls, building debris and dangerous exposed wiring!

Before Róisín can even make any plans, Peter must assemble a double-sized crew to make the building safe and clear a mountain of rubble. But that’s only half the challenge.

In order to adapt the house to suit Austin, the whole downstairs needs to be reconfigured. Upstairs, there’s a bathroom to build from scratch and a former bedroom to be transformed into a living space and study area for Muhammad.

With time running out and the budget soaring, Róisín is forced to balance the requirements of an elaborate redesign with the practicalities of what is effectively a full-scale building job – from creating a stylish wet room to insulating the entire attic.

Austin and Muhammad relocate to a hotel for the duration of the build but what kind of house will they be returning to?

Has Róisín – as Peter suspects - bitten off more than she can chew? Or will the team be able to deliver her vision? With the house in such complete disarray and the biggest job the team has ever tackled....it hardly seems possible! 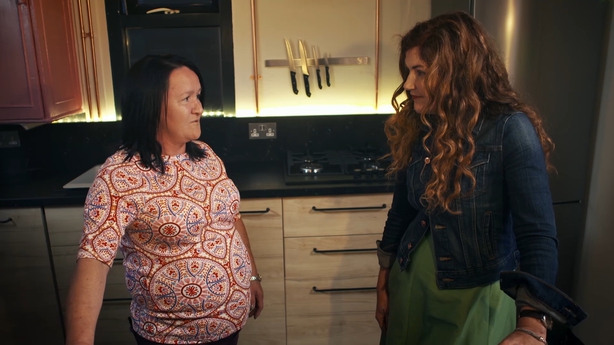 In Ballyfermot in West Dublin, Róisín, Peter and the crew come to the rescue of deli worker, Linda. Her home is so cluttered, she and her two sons can barely get around and she never invites guests in.

With a tiny cramped kitchen, a dining space dominated by two huge sofas and a rear extension room that’s become a dumping ground for clothes and old furniture, there’s no room left for family life.

With a massive clearout underway, and the crew fortified with the Linda’s famous breakfast rolls, Roisin plans a complete renovation of the kitchen-dining area and a whole new living room for the rear extension.

Having stripped the kitchen back to its bare walls, Peter’s jaw hits the floor as Roisin insists on replacing the traditional kitchen taps with a pair of exposed, industrial style copper pipes and, once again, a designer-builder standoff ensues!

With time running out, an entire kitchen to assemble and fit in a day, and a living room to invent from the ground up, will compromise save the day? Or will this build keep running hot and cold right to the end?