The New England Patriots maintained their 100% start to the NFL season with a resounding 33-0 victory over hosts New York Jets on Monday night at East Rutherford.

Tom Brady completed 31 of 45 passes for 249 yards and one touchdown to help New England (7-0) beat the Jets for the eighth consecutive time.

PhillipDorsett II caught a touchdown pass and the Patriots totalled 323 yards while keeping pace with the San Francisco 49ers as the NFL's only undefeated squads.

Jets' quarterback Sam Darnold had a game to forget, completing only 11 of 32 passes for 86 yards.

The 22-year-old was picked off four times including twice in the red zone as New York were shut out for the first time since December 2017, and fall to 1-5.

Conversely, the Patriots offence fired on all cylinders against their AFC East rivals with Tom Brady leading two touchdown drives for New England in the first quarter.

The Pats went into the break 24-0 up and Sony Michel got his third rushing touchdown of the night in the fourth. 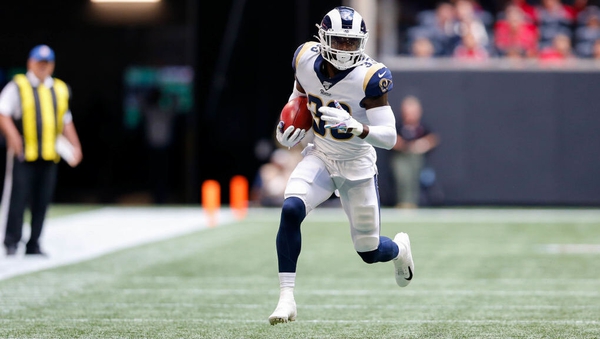