Stephen Ferris believes Connacht have a "lot more room to improve" even after their emphatic win over Ulster in the United Rugby Championship at the weekend.

Watched on by 9,875 supporters at the Aviva Stadium on Saturday evening, Connacht were consistently better than an Ulster side who struggled to find the form that had seen them pick up maximum points in their opening four games.

Speaking on RTÉ's Game On, Ferris was impressed with what the victors served up at the Dublin 4 venue.

"Let's be honest, they hammered Ulster, who were very poor for large parts of the match," he said.

"They were worthy winners and showed Ulster how to get it done.

"Andy Friend, in his pre-match interview for the game, said he wanted his team to be relentless and they were certainly that. They targeted key areas against Ulster, especially the breakdown and the lineouts. They reaped their rewards and the 30-odd points on the scoreboard reflected that.

"Connacht got two interception tries and another try at the end that came off a turnover. You wipe those 21 points off the game and it's a lot closer but they forced Ulster into making those mistakes.

"You have to think Connacht have a lot more room to improve.

You can never underestimate the heart and endeavour they show but I think that was lacking in the first two or three weeks of the season. Jack Carty, the captain at the weekend and playmaker, was superb. It's just the inconsistency we see, getting 30 or more points put past them by the Dragons and then putting the same scoreline on Ulster, it just doesn't add up."

Ferris went to question Ulster's mindset when it comes to playing their interpro rivals.

"Connacht seem to be a bit of a bogey team for Ulster at the minute - coach Dan McFarland doesn't have a good win percentage in the interprovincial games. Something needs to change when it comes to these big days for Ulster.

"This fixture at the Aviva Stadium, I thought it would be a huge advantage for Ulster - just coming down the road, nice and handy, get a bit of lunch, pitch up for the game, instead of having to travel the whole way down to Galway and stay overnight. That wasn't the case. Connacht wanted it more." 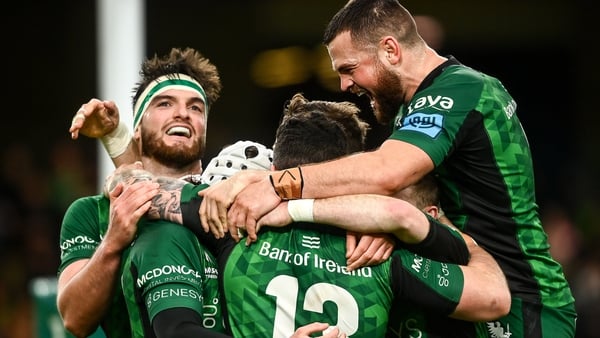