Connacht begin their URC campaign away to Cardiff, looking to secure Heineken Champions Cup qualification for the fourth season running.

As part of the new competition's rules, the winner of each of the four 'Shields' will be guaranteed qualification for the Champions Cup next season, with the four remaining places to be given to the highest-ranked available teams in the overall table.

Essentially, it means that there are three fewer Champions Cup places available to play for, once the Welsh, South African and Italian/Scottish qualifiers have been decided.

To make the stakes higher the URC will see three fewer rounds of regular season games, which coupled with the protection of derby games, is set to make the fixtures list tougher for the Irish sides who have dominated the standings in recent years.

When asked if the new format makes things more difficult for the Irish sides, Connacht head coach Friend suggested he wasn't too pleased with the format.

"If what we had last year where the top four teams were the four Irish provinces, to me it's a bit unfair that they're not the ones who are going to be representing in the Champions Cup," he said.

"But anyway the decisions have been made, we just have to make sure we aren’t the fourth team."

And while things do appear to be more difficult on paper to qualify for the top European tier next season, Friend says it heightens the need for a fast start, beginning this Friday night against Cardiff.

"You do (need a fast start). We've been guilty in the last few years of maybe not getting that start that we wanted, we’re very aware of that.

"We’ve got Cardiff away on Friday night, that’s going to be a tough game for us, they’re a formidable outfit and very, very hard to knock over over there, I think we’ve had two successes there in the last 10 years so it’s not an easy game.

"Our intention is to start well and hopefully if we’re at our best it will be a really impressive win for us," he said.

The western province have also confirmed they are close to confirming the signing of a new loosehead prop to cover the season. 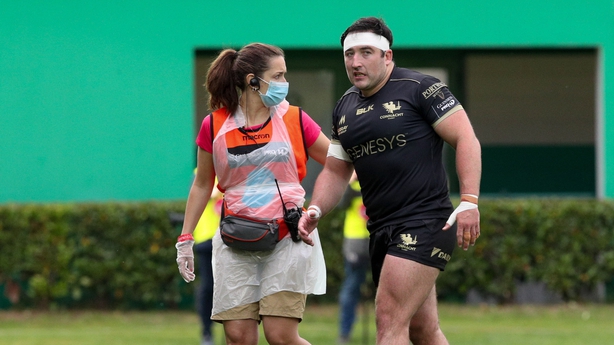 With Denis Buckley (above) out until potentially the new year with a knee injury, bringing in an extra body has been at the top of Friend's list of priorities, but the Australian admitted it has been a tough process which is thankfully near an end.

"With regards to the loosehead, hopefully in the next couple of days we should be able to announce something," Friend said.

"It has been a long process. We have been working tirelessly. When I saw 'we,' it's Tim Allnutt (team manager), Dewald (forwards coach Dewald Senekal), myself, and Willie (CEO Willie Ruane) working tirelessly over the last three-and-a-half months trying to find somebody but it has been very, very hard to get the right person.

"To try and uproot someone of quality to try and bring them over here has been tricky but we believe we’re pretty close to making an announcement on that soon."