Nick Kyrgios courted more controversy at the US Open before his match with Antoine Hoang had even started.

The Australian, already in hot water this week for his comments about the ATP, was told he had to fold his collar down because the motto written underneath it, "Just Do You", apparently contravened the rules.

Kyrgios called the match supervisor and asked what the rule was. He initially seemed to threaten not to play, but then relented.

He also had another of his familiar tantrums in the third set after the umpire allowed a Hoang challenge despite having initially called game.

The 24-year-old demanded the supervisor came back onto the court to explain that rule as well.

"I'd won the game. He called game then my opponent challenged. I thought that wasn't right," he said.

"(The collar) I think it was a misunderstanding. I think they thought it was a slogan but it wasn't.

"I knew the supervisor was wrong, but I just folded my collar down."

Second seed Rafael Nadal moved into the third round after Thanasi Kokkinakis withdrew ahead of their night session encounter with a shoulder injury.

Alexander Zverev came through yet another gruelling five-setter to reach the third round.

The sixth seed won a see-saw battle against American Frances Tiafoe 6-3 3-6 6-2 2-6 6-3, two days after going the distance against Radu Albot.

It was the 11th time the 22-year-old German has gone the full five sets in his relatively short career.

"I've been here before," he said afterwards. "It's usually what I do in the first few rounds of a grand slam, play five sets. Maybe it's to entertain the crowd.

"Frances gave me a real fight. I'm just happy to get the win somehow. I know if it goes the distance I am ready.

"I've known Frances since we were little kids, we played each other all through juniors.

"Every match we play is getting tougher and tougher, hopefully that will continue and we will play bigger matches throughout our careers." 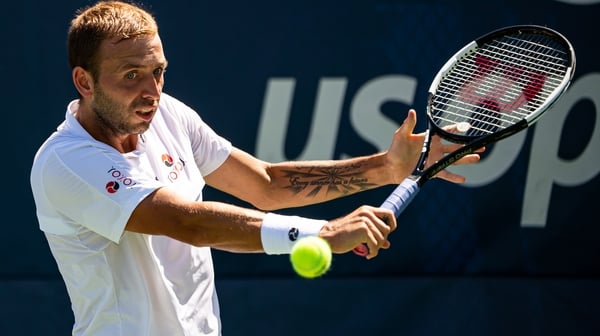