Serena Williams destroyed Barbora Strycova to reach the Wimbledon final and move to within one victory of an elusive 24th grand slam singles title.

The quest to equal Margaret Court's record tally of major wins weighed heavily on Williams in her defeats in last year's Wimbledon and US Open finals.

But the 37-year-old means business this year, having upped her levels round by round to march into her 11th final at the All England Club.

Strycova, at 33 the oldest first-time female grand slam semi-finalist, had sliced and hustled her way past Johanna Konta in the quarter-final.

But she was simply blown away by a flurry of powerful winners from the American, who served flawlessly before breaking to lead 3-1 in a lightning start to the opening set.

A 121mph ace helped Williams hold to love and a second break was secured courtesy of a fizzing backhand down the line.

Strycova took her frustration out on a thunderous backhand winner, and a net cord offered up three break points, but Williams ruthlessly snuffed them out to hold for the set.

Strycova let out a scream of frustration as a simple volley drifted wide to gift a second break in the second set, and another thumping Williams forehand wrapped up the match.

Halep barely put a foot wrong as she became the first Romanian woman to reach a Wimbledon singles final with a composed 6-1 6-3 win over Ukrainian eighth seed Elina Svitolina.

Halep had reached the last four without facing a seed and had been expected to be severely tested in the semi-final considering she had lost four of her seven meetings against Svitolina.

When the players gave each other the run around during the opening two games, which dragged on for 20 minutes as both refused to give an inch, it seemed like a classic was in the offing.

But Svitolina failed to hold her serve even once during the opening set and it was all over in just 73 minutes when the Ukrainian smacked a backhand into the net.

Halep awaits the winner of the second semi-final between seven-times Wimbledon champion Serena Williams and Barbora Strycova of the Czech Republic. 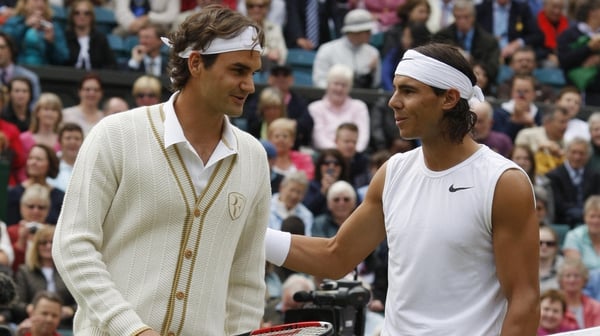