Novak Djokovic's French Open has been something of a magical mystery tour so far and it will continue into round three after a convincing win over Swiss Henri Laaksonen.

The 32-year-old world number one will face Italian qualifier Salvatore Caruso on Saturday - his third consecutive match against a player he has never previously faced.

His first round saw him ease past Poland's Hubert Hurkacz and on Thursday he got his first look at 104th-ranked Laaksonen - swatting both aside in clinical fashion.

It will be another step into the unknown, so to speak, when he lines up against 147th-ranked Caruso.

"It's really interesting, third match in a row that I get to play against someone that I have never faced before in a match," Djokovic, bidding to win a second French title and hold all four Grand Slams simultaneously for the second time, told reporters.

"But that's good, because there is a shift of generations and new players coming up. Again, I'm going to have to do my homework, do analysis on him.

"I watched him play a little bit today when I was waiting for my match. He came from qualifications. He won what, now, five matches? So there is a lot of confidence."

It has certainly been a gentle start for Djokovic, as it has been for his title rivals Rafael Nadal and Roger Federer with that trio winning all 18 sets they have played so far.

Djokovic dropped only three points on serve in the opening set against Laaksonen the lesser-known Swiss in the draw after Federer and 2015 champion Stan Wawrinka.

There was a brief loss of focus when Djokovic was broken to love midway though the second set but he was quickly back in the groove to move two sets ahead.

"I played as much as I need to play to win in straight sets," the 15-time Grand Slam champion said. "Didn't spend too much time on the court.

"So all is going in the right direction." 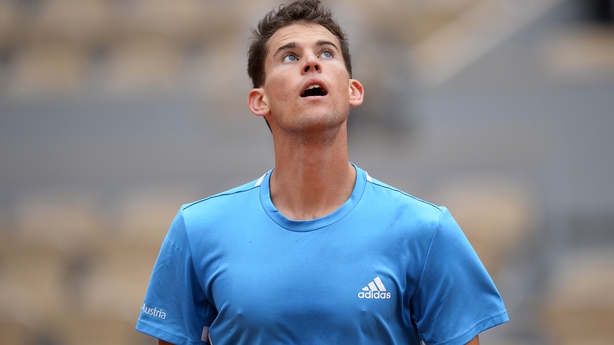 Austrian Dominic Thiem overcame a tough test to advance to the fourth round with a 6-3 6-7(6) 6-3 7-5 win over defiant Kazakh Alexander Bublik on Court Philippe Chatrier.

Fourth seed Thiem, who reached the final at Roland Garros last year, had to use his full range of shots to overcome 91st ranked Bublik, who put up a fight against the 'prince of clay'.

The fancied Thiem, who is looking for his first Grand Slam success, broke Bublik in the second game of the first set and, while the Kazakh produced a cheeky underarm serve that helped him hold for 4-2, he did not threaten the Austrian's serve.

However, the 25-year-old Thiem was broken in the fourth game of the second set and, despite battling back with a break of his own at 5-3 down, the Austrian was outfoxed in the tiebreak.

Thiem was clearly in a contest against the tricky Bublik, who was making his Roland Garros debut at 21, and had to dig deep before breaking in the eighth game and taking the third.

Bublik never gave up in the first meeting between the pair and broke in the second game of the fourth before squandering two set points at 5-2. Thiem sensed his chance and took the next five games to wrap up victory with an exquisite drop shot.

After another five-set match in the first round, fifth seed Alexander Zverev won in straight sets for only the second time at Roland Garros, beating Mikael Ymer 6-1 6-3 7-6 (7/3).

Home favourite Gael Monfils beat fellow Frenchman Adrian Mannarino 6-3 6-4 6-4 and will take on another compatriot next in wild card Antoine Hoang, who upset 23rd seed Fernando Verdasco to reach the third round at his first grand slam.

Last year's quarter-finalist Diego Schwartzman was another seed to fall, the Argentinian losing in four sets to countryman Leonardo Mayer. 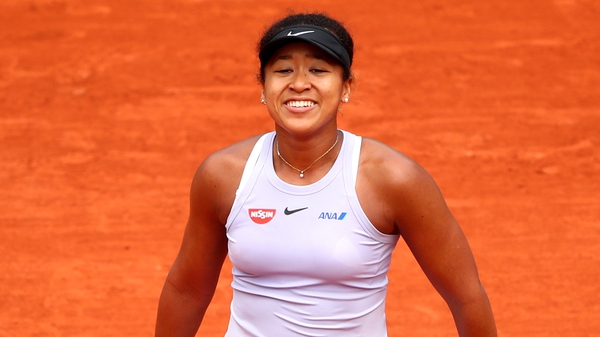