The Australian Open has joined Wimbledon in introducing a final set tie-break from next year's competition, following the "most extensive" consultation in the event's history, tournament director Craig Tiley said on Friday.

According to the new rules, which will come into force at the 14-27 January event, matches tied at 6-6 in the final set will move into a tiebreak and the first player to reach 10 points with a difference of two will win the contest.

"We asked the players - both past and present, commentators, agents and TV analysts whether they wanted to play an advantage final set or not and went from there," Tiley said.

Wimbledon announced in October that next year's Championships at the All England Lawn Tennis Club would feature a tie-break when the score reaches 12-12 in the final set of all matches. 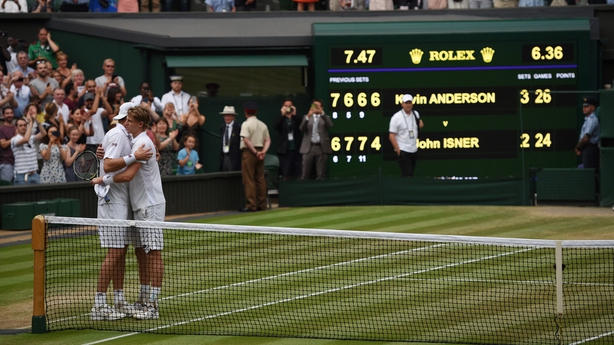 The move came after this year's semi-final between American John Isner and South Africa's Kevin Anderson turned into an epic marathon in which the final set alone, won 26-24 by Anderson, lasted almost three hours.

"We went with a 10-point tie-break at six-all in the final set to ensure fans still get a special finale to these contests, with the longer tie-break allowing for that one final twist or change of momentum in the contest," Tiley said.

"This longer tie-break also can lessen some of the serving dominance that can prevail in the shorter tie-break. We believe this is the best possible outcome for both the players and the fans around the world."

The Australian Open's move means that each of the four Grand Slams has a different way of deciding the final set.

The US Open employs traditional tie-breaks even in the final set, with the first player to reach seven points with a difference of two declared the winner.

The French Open does not have a final set tie-break, with matches continuing until a player secures a two-game lead in the decider.