Novak Djokovic says part of his flying start to the season is down to an improvement in his serve.

Djokovic is unbeaten in 32 matches since the start of the year and has lifted five titles, including the Australian Open and three Masters Series crowns.

He beat world number one Rafael Nadal in all three Masters finals, including last week on the clay in Madrid.

'My serve is back and working, which is really important for me,' he said.

'I was struggling in the last year and a half with that element of my game and I was working really hard, so that hard work is paying off now.'

'With a good service you can get some free points which is really important at this level.'

But he said he is also basking in the feelgood factor of having won the Davis Cup with Serbia last year.

'I know that feelgood moment is also definitely playing an important role in my success, the success I'm having right now and this confidence that I am feeling.'

'I'm not thinking about losing a match, but rather I'm trying to think about winning every match and focusing on being professional.' 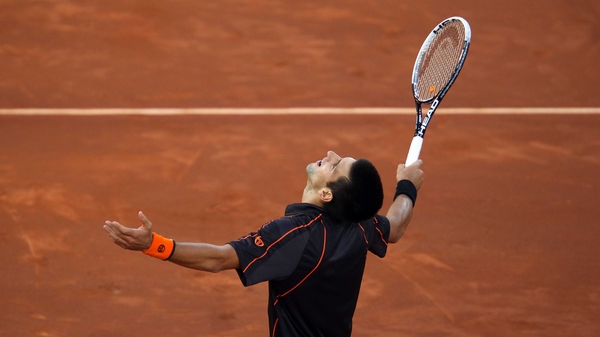