American Andre Agassi defeated Lleyton Hewitt 6-3, 3-6, 6-2 last night in the final of the ATP Cincinnati masters tournament in Ohio. The 34-year-old Agassi, who has been coping with a hip problem since reaching three consecutive semi-finals at the Australian Open, San Jose and Indian Wells, showed no signs of the injury against Australia's Hewitt.

His last tournament win had come at the US Clay Courts at Houston in April 2003.

Agassi said: "It's pretty amazing. It's overwhelming. I have been having a bit of a struggle most of this year. There's no way to describe how it feels right now." 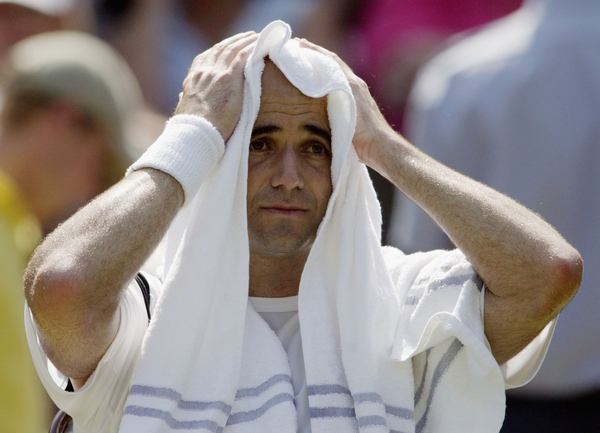