The report into the bidding for the 2018 and 2022 World Cups was compiled by FIFA's independent investigator Michael Garcia but Blatter and FIFA's legal chief say any decision on publishing the report is out of their hands and would threaten the confidentiality that had been guaranteed to the 75 witnesses.

Garcia himself and a number of FIFA executive committee members including Northern Ireland's Jim Boyce have called for the report to be published. Russia won the bid for the 2018 World Cup – with England's rival bid receiving the fewest votes - while Qatar will stage the 2022 tournament.

Any decision to publish now rests the German judge, Hans-Joachim Eckert, who is considering the report and will announce his findings in November.

Blatter told a news conference in Zurich: "We are bound by the regulations which have been accepted and the report of the investigatory chamber first has to go to the adjudicatory chamber and we know now at the beginning of November [the chairman] will be ready to give his report."

FIFA's legal director Marco Villiger added: "The principle of confidentiality enshrined in the [ethics] code and if not perhaps certain witnesses or whistleblowers might not co-operate to the same extent if confidentiality is not guaranteed.

"It is up to the adjudicatory committee to decide, not the executive committee, if the confidentiality guaranteed to 75 witnesses will be lifted."

Blatter, who refused to clarify whether he had returned his €20,000 watch - one of 65 handed out by the Brazil FA in June - following an order by the ethics committee, also confirmed to the executive committee that he will stand for a fifth terms as FIFA president at the election in May.

He said: "I have announced to the executive committee that I will respect the demands and pleas of different associations and federations to serve FIFA for a fifth mandate if they are happy with me to be elected on May 29 next year."

There was one significant move by FIFA's executive committee, who took a decision to ban the third-party ownership of players. The system is already banned in some countries including Britain but is common in South America where most players have their economic rights owned by agents or other parties, who take a big chunk of any transfer fee.

There will be a transition period of three or four years before the ban kicks in - the decision on how long that will be is to be taken by a working group headed by former English FA chairman Geoff Thompson. 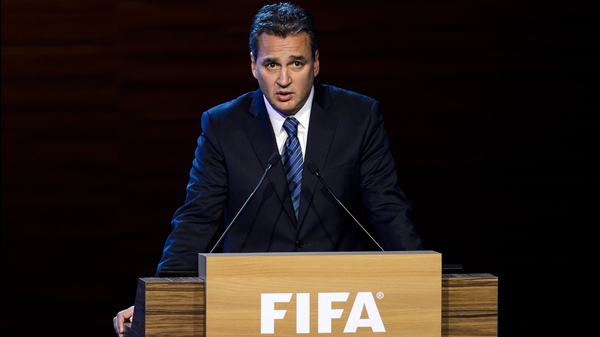