Dirk Kuyt is convinced that Louis van Gaal will be a resounding success at Manchester United.

The 62-year-old will assume his position as Red Devils boss next week after taking charge of Netherlands in their World Cup third-place play-off against Brazil on Saturday.

Van Gaal had hoped to sign off with a World Cup winner's medal around his neck, but those hopes were extinguished by Argentina, who beat the Dutch 4-2 in a penalty shootout at the Arena Corinthians on Wednesday.

Netherlands failed to test the Argentina goalkeeper until the 98th minute, but Van Gaal should take credit for the way he kept Lionel Messi quiet in Sao Paulo.

Manchester United's new manager also achieved a spectacular 5-1 win over reigning champions Spain in the group stages, so things are looking good for the 20-time English champions next year.

"There was only one thing for this coach - he just wanted to win this cup," Kuyt said.

"That is the type of coach he is - he just wants to win things.

Any visitor to Netherlands' training ground in Rio de Janeiro during their stay at the World Cup will have been impressed by the relaxed and friendly mood in the camp.

The players laughed and joked during training; their families were welcome, as were the media.

In the dressing-room, Van Gaal has brought harmony too.

"The team spirit is amazing," former Liverpool man Kuyt said. "The coach was leading us and the 23 players were really important.

"Everyone played apart from [third-choice goalkeeper] Michel Vorm, and that says a lot about this team.

"We are not 11 players, we are 22 players and an enormous staff of 26 people and everyone played their part in this success."

Kuyt branded Netherlands run to the last four a success, but there was still a huge feeling of disappointment as the players trudged off the pitch after Sergio Romero had saved from Ron Vlaar and Wesley Sneijder.

"To lose on penalties is very hard," the 33-year-old said. "We were so close to reaching the final.

"Now it doesn't feel like a good achievement. But you look at the team, and the young players we have.

"Five or six of those players today are in the Dutch league and are in the semi-final of the World Cup. We can be very proud of the team.

"We believed in ourselves and surprised many people. We had a lot of critics in the beginning but beat some very good teams, and against Argentina we defended like lions."

The pain of exiting the tournament was enhanced by the fact that Argentina were far from at their peak in Sao Paulo.

Alejandro Sabella's team only registered two shots on target in normal time, and Messi floundered after being man-marked by Nigel de Jong.

"I don't think we were impressed by them," Kuyt said bluntly.

"If you watch the game defensively, our defence was playing against Messi, [Sergio] Aguero, [Gonzalo] Higuain and more players who are at the top of the game.

"In attack we wanted to give some harder times to them but they had two defensive lines of four."

Much to Van Gaal's dismay, Netherlands must now play Brazil on Saturday for the dubious honour of finishing third, rather than fourth.

Kuyt did not sound too enthused by the prospect of a third-place play-off either, but he would still like to end the summer with a win.

He added: "We did so well. We came so far that it would be a shame to go home with two losing games." 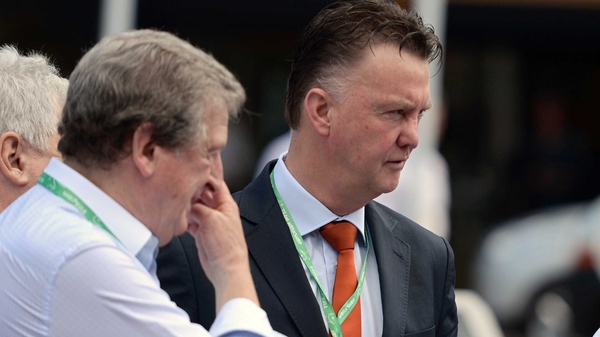