England's drab goalless draw with Costa Rica was a fitting end to their disappointing World Cup, but an experience which Frank Lampard believes will hold the players in good stead moving forwards.

Roy Hodgson's side saw their place at the bottom of Group D confirmed on Tuesday, with the defeats to Italy and Uruguay compounded by an uninspiring draw at the Estadio Mineirao.

It meant not only did they become the first England side since 1958 to exit at the group-stage, but they did so with their lowest ever World Cup points tally.

The Three Lions left for home comforts immediately after the match but not until after getting a wonderful, and rather surprising, ovation from the travelling support in Belo Horizonte.

It was a moment Lampard, captaining England in what could be his last appearance, was touched by and made him confident that they can now kick on, with or without him.

"It was absolutely amazing," the 36-year-old said. "It made you proud to be an Englishman playing for the country with fans like that.

"From in and around the hotel after we came out here, they followed us and we had it in a good way.

"This morning before and after they were immense. It makes you feel a bit bad we have not given them a longer stay. I am very proud to have a following like that.

"[The young players] see that they back the manager and were singing for him.

"They can see the squad is young and the young players will benefit from this bad experience.

"Let's not forget we have been knocked out very early but if the fans stick with the younger players and encourage them, they will help the players." 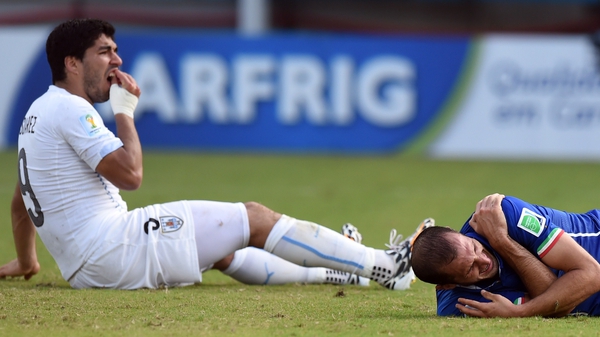