Above all other personal awards in soccer, the World Cup Golden Boot – which is handed to the tournament’s top goal scorer – is the prize with the biggest sense of history and prestige. With a winners list that includes true greats of the game like Eusebio, Gerd Muller and Paolo Rossi , it’s not overstating it to say that there’s a chance for the Golden Boot frontmen of 2014 to write themselves into history in Brazil. Here are some players who stand a chance to take home the historic honour:

Argentina’s Lionel Messi is the favourite to claim the top scorer award, despite the fact that, up until now, he has scored the same amount of World Cup goals as Gary Breen. The Barcelona maestro has never really taken his club form into the World Cup but there’s a feeling that this time will be different. 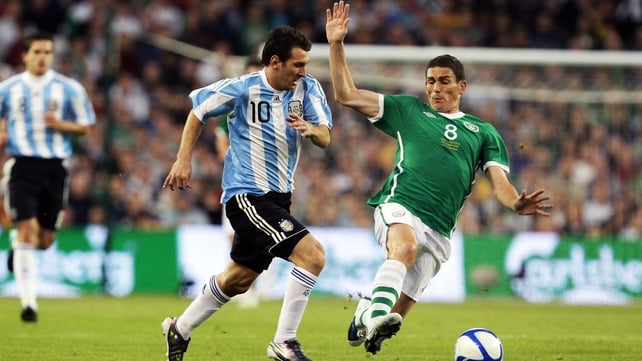 Under manager Alejandro Sabella, Messi has played his best football in Argentine colours. With ten goals in 14 qualifying games, the undersized frontman has more support throughout the team who are set-up in an effort to get the best out of the superstar.

Playing on the right of a three-pronged frontline with Sergio Aguero and Gonzalo Higuain, or in behind that duo, Messi will be confident that he can take his qualifying form into the World Cup. In a group with Iran and Nigeria, there could be plenty of goals for the forward before Argentina even reach the knock-out phase.

The same holds true for Aguero, who, despite an injury-filled season, still managed to score 28 goals in just 34 games for Manchester City, as he helped them to the Premier League title. 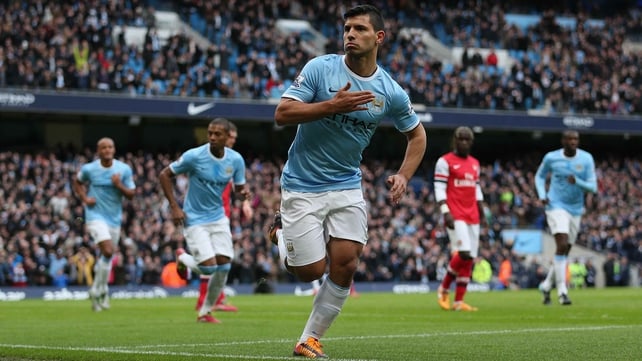 Aguero is unlikely to be as big a creative force as Messi but is the player that will be expected to be on the receiving end of many of the chances made by his team-mate. With the likes of Angel Di Maria and Messi doing the hard work, Aguero may well be in with a better chance of topping the scoring table in this tournament. If pushed, he’s where I’d be putting my annual donation to the bookmakers’ benevolent fund.

Unlike Aguero, Brazil’s Neymar endured a slightly underwhelming season with his club Barcelona, but his form for his country and their status as hosts has the 22-year-old as the second favourite for the Golden Boot, behind Messi. 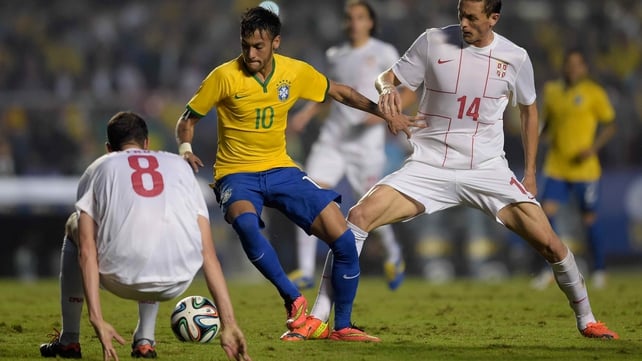 As the poster-boy for Luiz Felipe Scolari's side, there’s a lot of pressure on Neymar, but he has always dealt admirably with the weight of expectation on his shoulders and has an outstanding scoring record for his country, with 31 goals in 48 appearances.

While Brazil avoided a qualifying campaign as hosts of the World Cup, it hasn’t been all friendlies for Neymar over the past four years, as he racked up experience and more crucially goals in the Copa America, the Olympic games and the Confederations Cup.

A hat-trick against South Africa in March along with a goal and two assists against Panama last week suggest that Neymar is coming into this tournament bang in form.  With Brazil placed in a group with Croatia, Mexico and Cameroon, however, there may be fewer goals for Neymar and his side in the group stages. Brazil may have to go deep into the tournament if their star man is to top the scoring charts.

Luis Suarez and Uruguay are a similar case. 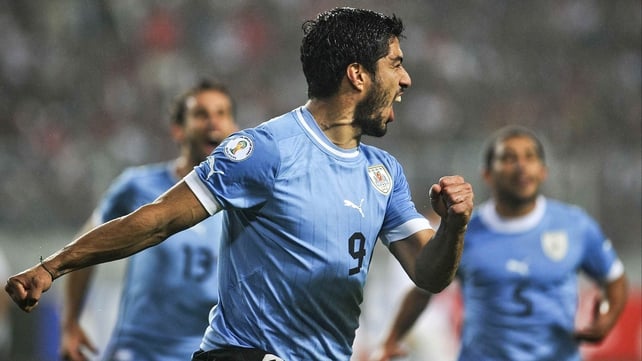 In a group where goals are likely to be even more difficult to come by, the Liverpool striker is unlikely to get a hatful against Italy or England and will be reliant on his side progressing through the knock-out stages to boost his goal tally.

Uruguay are by no means certainties to get out of their group, and the fact that Suarez remains an injury doubt for his side’s opening game against Costa Rica – the one group game that you could reasonably expect the frontman to plunder a few goals – means that he looks unlikely to be there or thereabouts at the end of the tournament.

Cristiano Ronaldo is another of those who comes into the tournament on the back of a blistering season and is among the favourites to be in the mix for the award, although, like Suarez, he could be a doubt for the start of the World Cup. 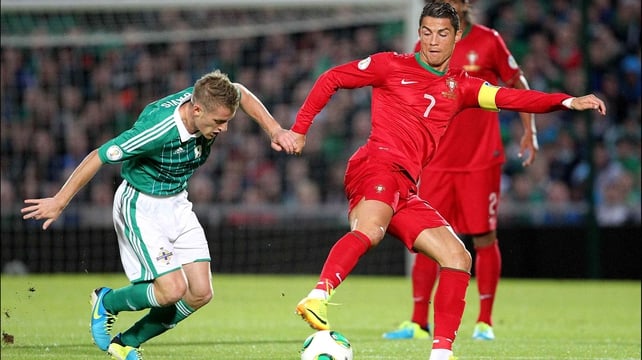 With eight goals in Portugal’s qualifying campaign, including a hat-trick in their play-off decider against Sweden, Ronaldo is crucial to everything Portugal do, and you can be certain they’ll do all they can to make sure he’s recovered sufficiently from his bout of tendonitis to feature against Germany in their opener.

Ronaldo endured a disappointing World Cup by his standards in 2010, failing to score as his side exited at the round of 16 stage, and he’ll be eager to make an impact in Brazil. With Portugal placed in a group with Germany, USA and Ghana, however, Ronaldo is going to have to be at his very best if his side are to make the knock-out phase, nevermind anything else.

If Portugal are going to get out of the group, Ronaldo’s goals will be crucial, but there may not be enough of them against some solid defence to bring him the personal glory that you know he’s desperate to claim.

Spain's Brazilian born striker Diego Costa looks more and more likely to be fit for the start of the World Cup following several injury setbacks, as his Atletico Madrid side chased down the La Liga title and were seconds away from winning the Champions League. 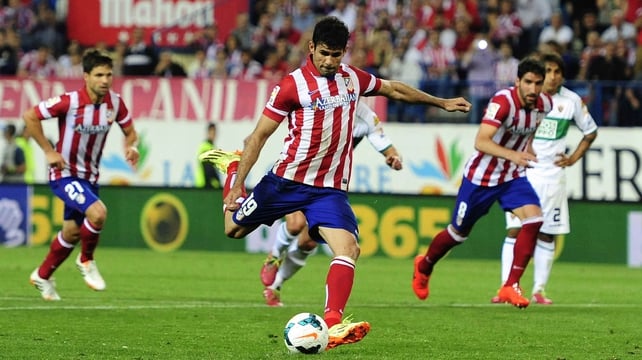 Costa gives Spain something that they haven't had in past tournaments with his aggressive physicality offering a more direct route for them when Plan A of passing their opponents to death isn't working.

He's not guaranteed a starting place, however, and with just two appearances in Spanish colours so far, Vincente Del Bosque is unlikely to bet the house on him at the start of the tournament. He may be left kicking his heels while others rack up the goals. 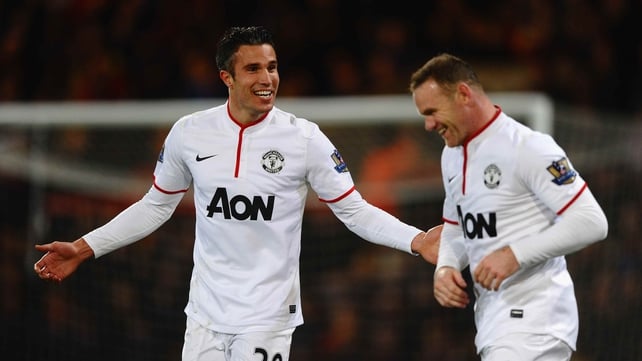 Other contenders have equally as big question marks over their Golden Boot credentials. Can Robin Van Persie and Wayne Rooney suddenly turn it on upon the biggest stage after a season of mediocrity with Manchester United? Will Miroslav Klose be able to roll back the years and make his status as Germany's lone striker count? And can Karim Benzema's France keep it together long enough for their leading frontman to have an impact?

The answer to those questions will most likely be 'no,' and come the end of the World Cup, I fully expect the Golden Boot winner to be from either Argentina or Brazil, with Sergio Aguero getting the nod.