While all the talk ahead of the tournament is about Messi and Neymar and whether Diego Costa can improve World Champions Spain, there is a huge amount of young talent arriving in Brazil. All will be determined to make their mark on the tournament, with a massive television audience watching from across the globe. Here are ten of the best young players to look out for over the coming weeks: 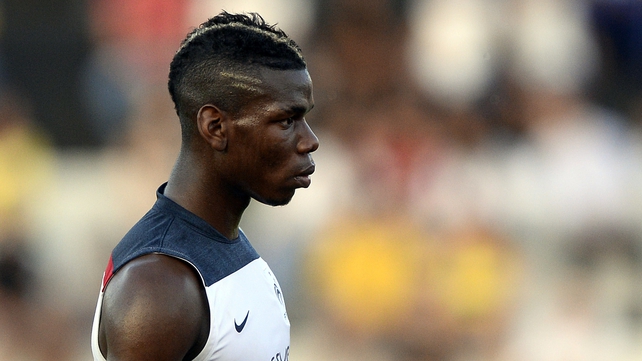 Not only is Paul Pogba one of the most exciting young players going to the World Cup, the Juventus midfielder could be in line to be one of the players of the tournament should France show some form and progress to the latter stages in Brazil. It seems ludicrous at this stage to think that Manchester United allowed Pogba to leave Old Trafford when the 21-year-old moved to Italy and quickly made a name for himself in Turin. He has since enjoyed back-to-back titles with the Italian giants. Pogba is a box-to-box midfielder, and at 6’3, his physical presence in the midfield is key to France’s success. Working through his height, Pogba is a classy player with an eye for a goal and will marshal the French midfield under the watchful eye of coach Didier Deschamps, who is well qualified to judge this most important position. 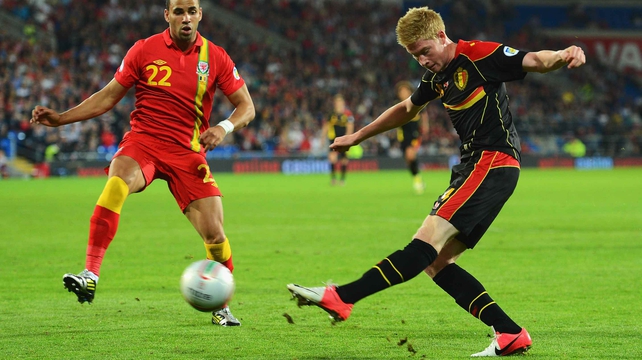 In a team full of superstars, De Bruyne is a vital piece in the Belgium jigsaw and proved his worth in qualifying, finishing as Belgium’s top scorer with four goals. The former Genk and Chelsea man can play anywhere across the midfield, and his delivery and link-up play is vital to Belgium’s game plan. Still only 22, De Bruyne had a less-than productive spell at Chelsea, where perhaps he was not given time to show what he can do. The English Premier League’s loss was Wolfsburg and the Bundesliga’s gain. De Bruyne is an infectious player who can up the tempo when required and is also fond of a shot from distance. 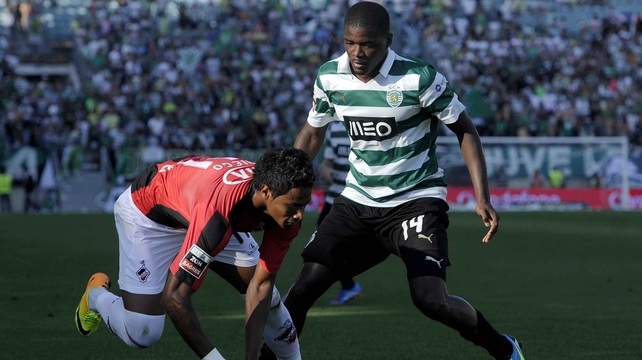 The Portugal squad is an ageing one, but William Carvalho’s emergence has proven that there is another generation of fine players coming through the ranks. Already a cult hero at Sporting, Carvalho turned down the chance to join Benfica as a kid because he supported the Lisbon hoops. The 22-year-old defensive midfielder has only a handful of international caps, but his form has been such that Paulo Bento will surely accommodate Carvalho in the starting XI. Carvalho was probably the best player in Portugal’s top flight last season and could be on the move from Sporting after the World Cup. 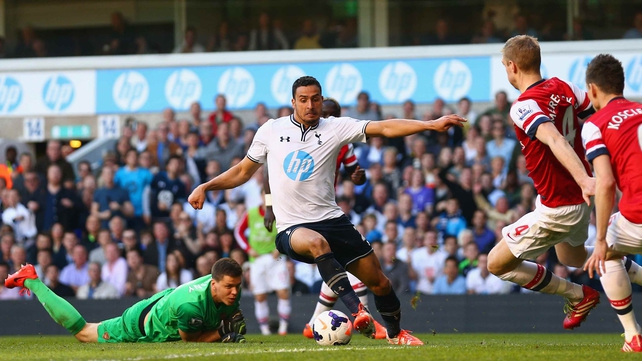 The 19-year-old midfielder looked very comfortable with the pace of the Premier League at the end of the season when he got a run in the Tottenham starting XI. Bentaleb will give the Algerian midfield some strength and composure, and the North African side will be confident of competing in Group H to get through to the knock-out stages. Bentaleb grew up in the youth academies in France and handed Algeria a big bonus answering the international call-up. 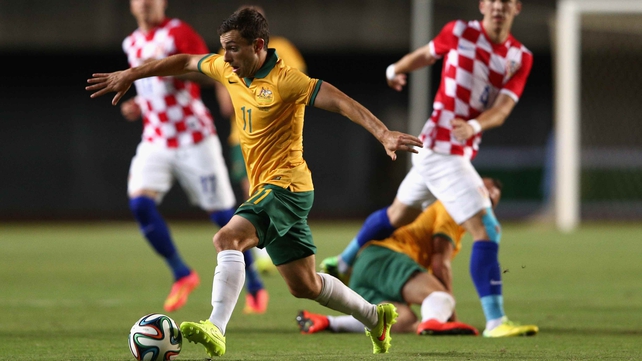 Australia have very little to look forward to in this World Cup but all eyes will be on their younger contingent and Utrecht midfielder, Oar, in particular. The latest Aussie to be dubbed the “next Harry Kewell”, Oar does his best work on the left wing and loves to run at players. The 22-year-old’s pace and touch makes him stand out in this Australia team, and he should leave his mark on the World Cup and pick up some admirers en route. 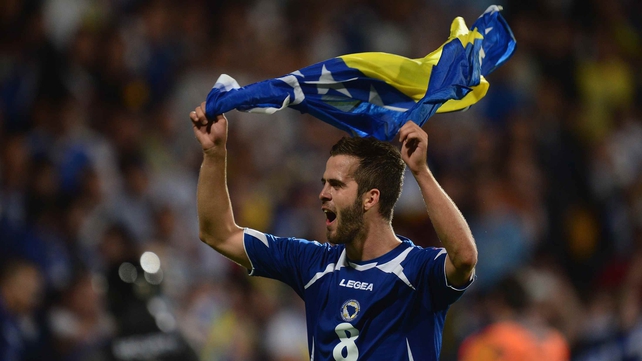 It’s perhaps pushing it a tad to refer to Pjanic as a ‘young gun,’ as the 24-year-old is already closing in on his 50th international cap and is a vital player in this Bosnia-Herzegovina side. Another European side that will be confident of qualifying for the knock-out phase, Bosnia-Herzegovina will compete with Nigeria and Iran to join Argentina in the last 16. Pjanic has been described as the complete midfielder by Roma legend Franceso Totti, and Barcelona are also rumoured to be chasing the classy midfielder, despite the fact that he has signed a deal with Roma until 2018. 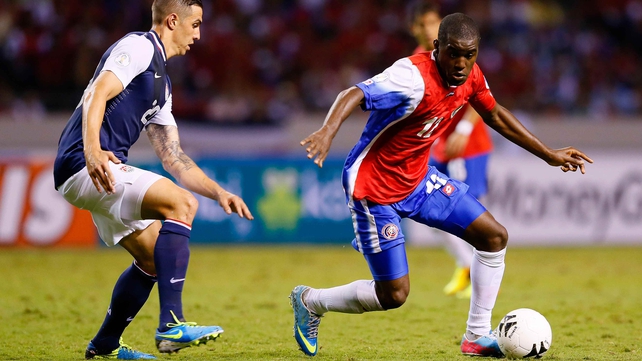 Arsenal youngster Campbell is on loan at Olympiakos and has already made his mark amongst Europe’s elite, scoring in the Champions League for the Greek side in their clash with Manchester United earlier this season. Campbell is yet to play for Arsenal due to work permit issues, however, the 21-year-old has already gained 33 caps for his country. Campbell’s pace will cause problems for any defence and could help Costa Rica to another World Cup upset, as The Ticos managed at Italia 90. England beware. 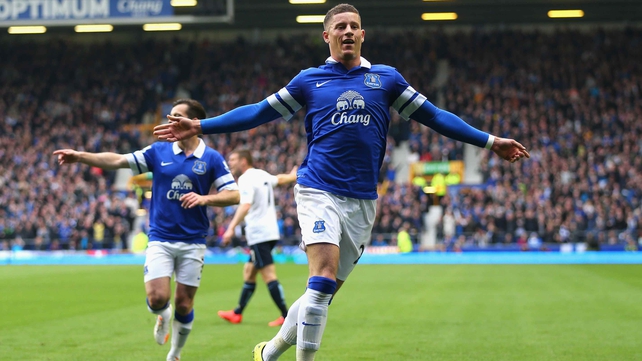 The Everton youngster has turned into a very accomplished player this season, thanks to new boss Roberto Martinez allowing him the freedom to express himself in the opposition’s half. Big and strong for a 20-year-old, Barkley is a joy to behold as he runs at defenders and always injects great pace and excitement into the attack. Yet to show what he is capable of in the England shirt, will Roy Hodgson show the same faith that he receives at club level? Another man with an eye for goal, Barkley shines whether working from a set-piece or keying up a shot from distance. He is potentially England’s most natural talent since Paul Gascoigne. 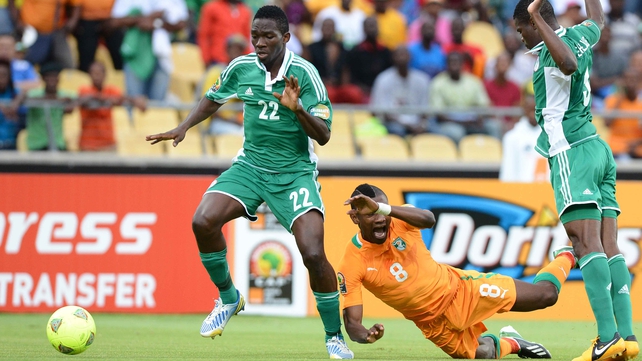 The Chelsea defender has been loaned out to gain valuable league experience and proved himself with English Championship side Middlesbrough last season. Omeruo is generally seen as a full-back at club level but should slot into the centre of defence for the Super Eagles, possessing the physicality to cope with that position. Still only a baby in top-class defending terms, the 20-year-old will be looking to prove to his Chelsea paymasters that he is worth keeping around next season. 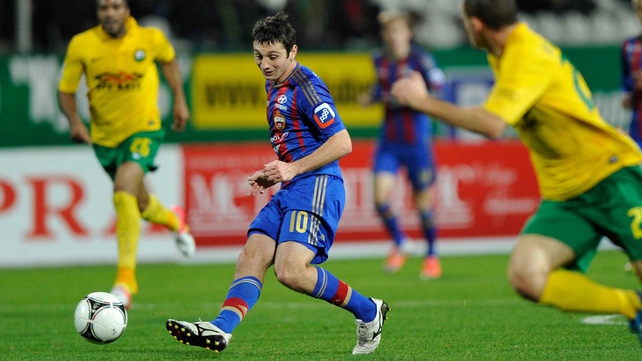 Already well established at international level, Alan Dzagoev was Russia’s best player, scoring three goals, at EURO 2012, and the 23-year-old is one of the most technically gifted young players in Europe. Dzagoev has already amassed over 30 caps for his country and plays in an attacking midfield role, regularly scoring for both club and country, including a goal in Russia’s 3-2 win against Ireland in 2010 at the Aviva Stadium. There was talk of Dzagoev being left out of the Russia squad due to his disciplinary issues – the midfielder has been sent off five times in his career – but thankfully, Fabio Capello saw sense and named him in the 23-man squad.