Martin O’Neill was left to rue some sloppy defending as the Republic of Ireland fell to a 5-1 defeat to Portugal in New Jersey.

Portuguese captain Cristiano Ronaldo, who had missed the earlier warm-up games against Greece and Mexico through a combination of knee and thigh injuries, started at the MetLife Stadium and played a leading role as his side raced into a 3-0 lead.

Ronaldo had a hand in the third goal, having earlier hit the post with a free-kick, and showed few signs of being hampered by any fitness concerns.

However, it was striker Hugo Almeida who took centre-stage, heading Portugal into a second-minute lead and, after Richard Keogh's own goal had put them further ahead, claiming a second eight minutes before the interval.

James McClean's first strike for his country on his 23rd senior appearance gave the Republic hope seven minutes after the break, but substitute Vierinha struck 12 minutes from time and Fabio Coentrao added a fifth as newcomer Nani produced a superb late cameo performance.

While Portugal boss Paulo Bento included his highest-profile player for obvious reasons, opposite number O'Neill left his sitting on the bench having hinted that he might in his pre-match press conference when he said he knew all he needed to about Robbie Keane. 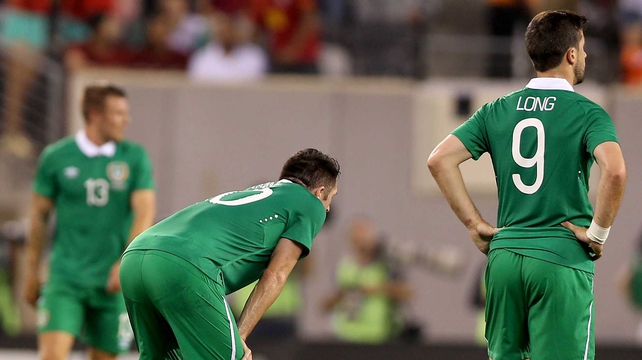 Eight days short of 20 years since Ireland famously defeated Italy 1-0 in the World Cup finals at the old Giants Stadium, a team which included only a handful of regular starters ran out hoping to spring a similar surprise, if in different circumstances.

However, the game was over as a contest long before the half-time whistle as the Portuguese flexed their muscle in impressive style.

They needed barely two minutes to get their noses in front when winger Varela, in what was to become something of a theme, found himself in space down the right and delivered the perfect cross for unmarked striker Almeida to head firmly past goalkeeper David Forde.

Ronaldo had already served notice of his intent with a deft turn which took him away from Jeff Hendrick and David Meyler on halfway, although his scuffed shot had an element of rust about it. 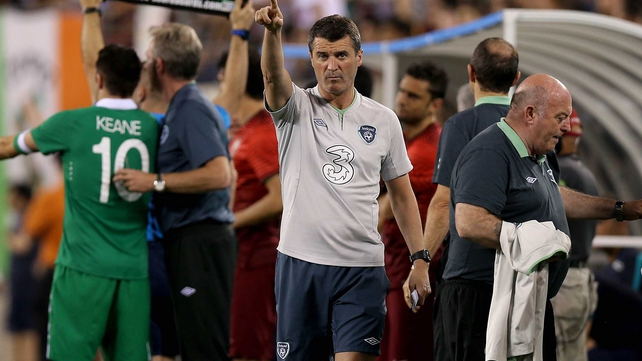 But he tested Forde further with a left-footed drive 13 minutes later, and the Millwall keeper reacted superbly to deny Raul Meireles from the follow-up.

Ronaldo was warming to his task, although clearly unhappy with the playing surface after slipping on more than one occasion, and McClean could have been forgiven for thinking he had done just that with 18 minutes played when the Portugal captain hit the deck after the merest of contacts.

The Real Madrid star dusted himself down and curled the resulting free-kick around the wall and past Forde's dive, only for the foot of the post to intervene.

The respite was only temporary, however, and the Republic fell further behind when full-back Coentrao's cross clipped the unfortunate Keogh and sailed over the stranded Forde's head before dropping inside the far post.

Skipper for the night Jon Walters produced Ireland's first effort on target, but his 27th-minute header from McClean's cross was directed straight at keeper Rui Patricio. 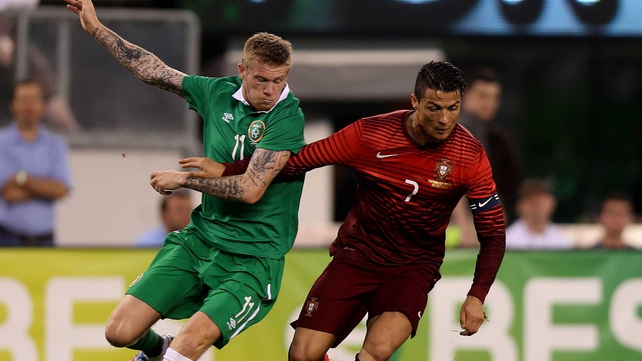 But Portugal were cruising with playmaker William orchestrating from the middle of the field and Varela terrorising on the right as Ronaldo floated menacingly ahead of them.

They increased their lead eight minutes before the break when Forde could only parry Ronaldo's header from yet another Varela cross to Almeida, who made no mistake from close range.

Bento resisted the temptation to remove his star man from the fray at the break, but Ireland made a better fist of it in the early stages of the second half as wingers McClean and Aiden McGeady found themselves in advanced positions on several occasions.

They got their reward seven minutes into the half when Wes Hoolahan played a quick free-kick to McClean on the right side of the penalty area, and he stepped inside before dispatching a low left-footed shot past Patricio. 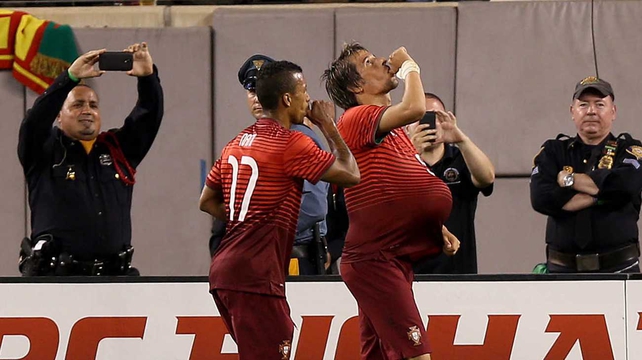 Portugal's response was concerted and, having wasted one free-kick by thumping it straight into the defensive wall, Ronaldo forced Forde into a diving save with a second on 57 minutes.

Varela could have wrapped up the win had he been able to collect Ronaldo's return pass after the pair launched a lightning break-out, but substitutes Nani and Vierinha combined in fine style on 78 minutes, and the former set up Coentrao for an exquisite fifth five minutes later as the Republic wilted. 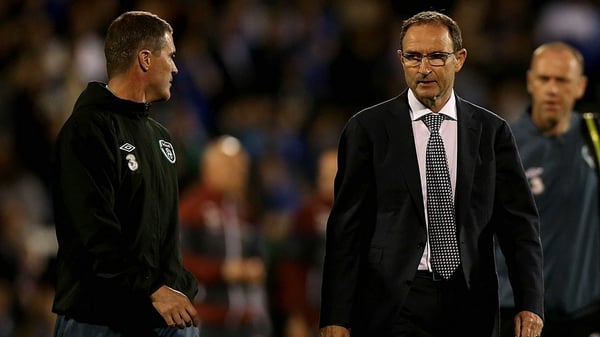