Attracted by the Latin way of life and inspired by YouTube clips of Brazilian striker Neymar, former UCD midfielder Tyrone McNelis moved to the World Cup host city of Belo Horizonte in February.

The commerce graduate from Blackrock in Dublin was expecting a city buzzing from the high of hosting six games, but found it strangely subdued, even though it is home to major sides Cruzeiro and Atletico Mineiro.

World Cup fever has not yet gripped the city of 2.5 million people, despite the impending visits of an Argentina side led by Lionel Messi, as well Belgium, Colombia and England.

Like other Brazilian cities hosting games at this year’s World Cup, Belo Horizonte has not been immune to major anti-tournament demonstrations.

“In the last few weeks there have been protests – maybe once a week,” McNelis said.

“It’s been low-key so far. People are telling me that in previous years at World Cups maybe three or four weeks before the first match there would be flags everywhere. The streets would be painted yellow and green and blue.

“This year there is absolutely nothing. You wouldn’t think they were hosting the World Cup, so it’s kind of strange.”

McNelis, who has secured a ticket for Belgium v Algeria in the city’s 62,547-seater Estadio Mineirao, does not believe the protests here will be as big, or attract as much attention, as those in other cities.

Although he admits they could disrupt the travel plans of some fans.

“Protest is inevitable,” he said. “Everyone is saying it is going to happen. There’s nothing people can do about it.

“I think mainly the protests will be in Sao Paulo and Rio, but here I think there will be protests, maybe the day of and the day before matches. So for people coming here, I think it will be pretty difficult to get to the stadium.

“They are recommending people get to stadium three or four hours before kick-off, so the locals won’t be stopping buses going to the stadium.”

“I think there will be protests, maybe the day of and the day before matches .. I think it will be pretty difficult to get to the stadium.”

McNelis is teaching English in the city, but he is hoping to continue his own football education on the dusty pitches of Belo Horizonte.

His attempts to find a club have been frustrating, but he is making do with competitive games in the local area.

The style and pace of what he has experienced so far bears little resemblance to that which he was used to in the Airtricity League and previously in the hustle and bustle of the Leinster Senior League.

“The style is cool here. It’s laidback,” he said.

“I’ve played a few 11-a-side games with some lads who used to play semi-pro and lads who played with the top teams here, but they’re all in their mid-30s now. It’s a good standard and it’s completely different to Irish football.

“All the amateur pitches are just kind of gravelly, dusty kind of sandy pitches. There’s no physical stuff really. It’s slow and the ball is bouncing everywhere.

“There are so many free-kicks. Straight away the ref just stops everything once you put your foot up high, nudge a player, shoulder a player. Any contact is a foul. It’s completely different in that aspect.”

While he waits to find a club, with the help of a local agent, McNelis is enjoying life in the city.

Protests aside, he believes will be safe and provide great memories for the hundreds of thousands of football fans coming to visit.

“It depends where you go. You just need to stay in the right places at the right time. Most people should be fine.” 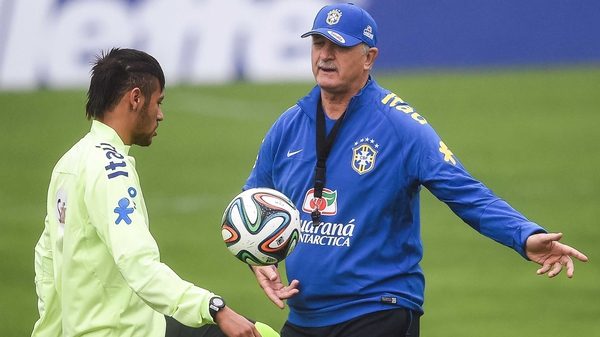