Luxembourg defender Maxime Chanot equalised with a header five minutes from the end of the friendly in Perugia, cancelling out Claudio Marchisio's ninth-minute opener and leaving the home side without a win in seven matches.

"Friendlies played before big tournaments matter as much as football played in August, don't give too much weight to them."

Coach Cesare Prandelli also said there was no cause for alarm, but there is concern about the team's form ahead of this month's World Cup in Brazil with Corriere Dello Sport asking, "When will you win?"

Prandelli's side have failed to record a victory since qualifying for the World Cup with two games to spare in September, drawing six times and losing to Spain.

If draws with Germany and Nigeria are one thing, failing to beat Luxembourg, who are ranked 112th in the world, is something else.

There are a number of unanswered questions surrounding Italy's starting XI.

Prandelli can rely on goalkeeper Gianluigi Buffon and a midfield that has a number of classy ball-players like Andrea Pirlo and Marco Verratti, but his back line looks shaky and he is yet to get the best out of Mario Balotelli.

The AC Milan striker did well against Luxembourg, and he and second-half substitute Antonio Cassano showed signs of forming a good partnership.

Cassano and Balotelli is a potentially fiery duo to have in attack, with both players having a long list of outbursts, rows and media headlines behind them.

The 31-year-old Cassano has, though, shown a new level of maturity this season, playing some of his best football in years and helping his club to finish sixth in Serie A.

However, he argued passionately with referee Damir Skomina over the award of a throw-in against Luxembourg.

"I had to raise my voice to him, but he wasn't rude to the referee," said Prandelli. "What interests me more is his play, but I didn't need to see him to find out what he can offer me."

The one thing keeping the worries of the fans in check is the knowledge Italy usually do well when it really matters.

They have only lost twice in competitive matches under Prandelli, and neither of their World Cup-winning sides of 1982 and 2006 were among the pre-tournament favourites.

"We'll be ready," said full-back Ignazio Abate. "We've not hit our stride yet but we'll definitely be in much better form in Brazil."

Italy have been drawn in Group D at the finals with England, Uruguay and Costa Rica. 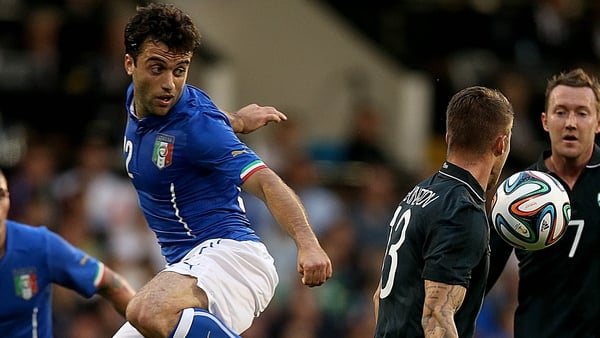