Algeria proved they are capable of beating top teams at the World Cup in Brazil with a 2-1 win over Romania in their final warm-up game, coach Vahid Halilhodzic said.

He declared the 2-1 victory in Geneva one of the side's best performances since he took over three years ago.

"The team showed it could win over top teams.

“We leave for the World Cup with a good track record. We could have scored more goals if we had been more effective in front," Halilhodzic said after the match, which was interrupted by unruly fans before half-time and again during the second half.

"I felt that my team were able to raise their level from the previous match against Armenia. I am very optimistic for the future."

Algeria beat Armenia 3-1 in Sion on Saturday in the first of two warm-up games in Switzerland.

"I am very optimistic for the future" - Vahid Halilhodzic

"My players have regained some physical freshness. Certainly they had felt a slight fatigue, but I have already told you they will be even better as we approach the World Cup."

But Halilhodzic said he was still not sure of his starting line-up for the game in Belo Horizonte on 17 June.

"I've some ideas but for now I have yet to work out 100% the team that will play the first game of the World Cup. Belgium is a notch above Romania," he added.

Algeria are playing at the World Cup finals for the fourth time but have never made it past the first round. Their group in Brazil also includes Russia and South Korea. 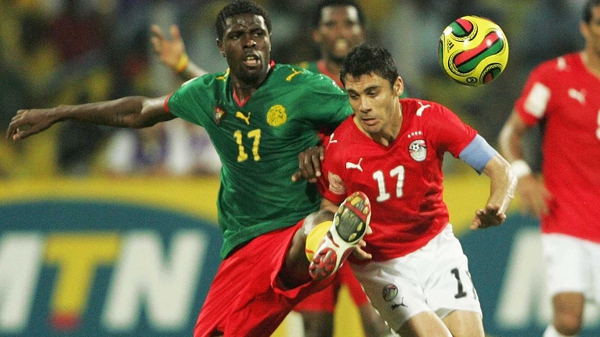