The fate of the 2022 World Cup could be decided within weeks after the man leading the internal investigation into how Qatar won the right to host it announced he would complete his probe next week and report back in July.

Former US prosecutor Michael Garcia appears to hold the future of Qatar's multi-billion euro World Cup bid in his hands after new allegations of bribery brought loud calls for the tournament to be moved if corruption is discovered.

In a statement, Garcia set out a timetable that would see him file a report on 21 July, just over a week after this year's World Cup ends in Brazil.

Qatar has strongly denied reports in Britain's Sunday Times newspaper that bribes were paid to officials to bring the sporting world's biggest global event to the tiny Gulf emirate, where temperatures during the summer – when the tournament is played – can soar above 50 degrees Celsius.

The paper reported on Sunday that it had evidence that around €3.68 million was paid to officials in return for votes for Qatar's successful bid, allegations organisers have "vehemently" denied.

Qatari Mohamed Bin Hammam, the former official at the centre of the allegations, was the head of the Asian Football Confederation at the time of the decision to award the cup to his native country and has yet to comment publicly on the allegations.

He was barred from soccer for life in a separate case in 2011 for attempting to bribe officials while mounting a bid to replace FIFA president Sepp Blatter. That ban was overturned but replaced with a new lifetime ban for conflicts of interest.

The Sunday Times published what it said were leaked emails and account records showing that Bin Hammam had overseen payments to officials from national soccer associations in return for their support of Qatar's bid to host the 2022 tournament.

The story said that Bin Hammam had himself made the payments and also took soccer officials on expensive junkets in order to persuade their favour.

Qatar says Bin Hammam was not a member of its bid team and that its bid won the day on genuine merits.

It is spending billions to hold the event, including building giant air-cooled stadiums which it says will make it possible to play in one of the hottest parts of the world in the heat of summer.

"The report will consider all evidence potentially related to the bidding process" - Michael Garcia, lead investigator

The allegations of corruption at the heart of soccer's governing body threaten to overshadow the run-up to the 2014 World Cup, which begins in 10 days in Brazil.

"After months of interviewing witnesses and gathering materials, we intend to complete that phase of our investigation by 9 June 2014 and to submit a report to the Adjudicatory Chamber approximately six weeks thereafter," Garcia said in a statement released by FIFA.

"The report will consider all evidence potentially related to the bidding process, including evidence collected from prior investigations."

As a former US attorney, Garcia tried some of the highest profile anti-terrorism cases in the United States. He also investigated the prostitution case that brought down a former governor of New York.

Blatter, who has said the decision to award the 2022 tournament to Qatar was a mistake due to the summer heat, refused to comment on the bribery allegations on Monday.

He and FIFA's secretary-general, Jerome Valcke, were both in Brazil preparing for the kick-off of this year's tournament. Valcke also refused to comment when approached by reporters at an event in Rio de Janeiro.

Losing the hosting rights would be a blow to Qatar's efforts to raise its global profile, though its oil and gas wealth would allow it to absorb substantial financial losses.

Any rerun of the bidding could favour the losers in the FIFA vote held in 2010 - Australia, the US, Japan and South Korea. 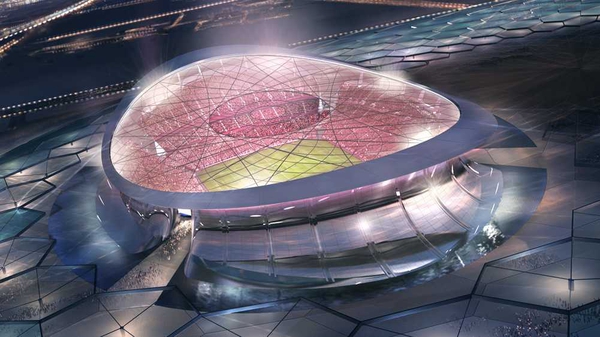