Didier Drogba will head for the World Cup on the back of his induction into the Ivory Coast's '100 club'.

Drogba will lead Les Elephants to Brazil as the talisman of their 23-man squad, and having won 101 caps for his country following his goalscoring appearance in Friday's friendly against Bosnia.

Ahead of the tournament, he was presented with a commemorative shirt by fellow centurions Didier Zokora and Kolo Toure and took the chance to thank team-mates past and present - including those who missed the cut for the World Cup.

"It is a personal distinction but it has been made possible thanks to my team-mates - all those here and those who have preceded them in the 10 years I have been in the squad," he said.

"I dedicate this distinction also to the five team-mates who have left us after almost two weeks together."

Defenders Benjamin Brou Angoua and Brice Dja Djedje, forwards Lacina Traore and Seydou Doumbia and uncapped goalkeeper Badra Ali were the unfortunate quintet to miss out as coach Sabri Lamouchi cut his squad to 23 on Sunday.

Lamouchi said: "In two years at the head of the Ivory Coast national team, I have known some difficult moments but this was the most difficult day by far.

"My job demands that I take responsibility and make decisions and I had to tell five players, who have been exemplary throughout, that they will not play in the World Cup in Brazil." 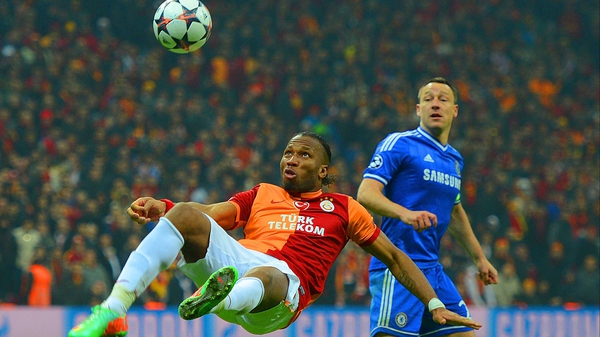