Didier Drogba is fit to play for the Ivory Coast after recovering from a recent groin operation.

Drogba underwent surgery in Qatar last month, but told a news conference in St Louis that he was feeling fine and was ready for the World Cup.

The 36-year-old striker is expected to win his 100th cap on Friday against fellow finalists Bosnia in a friendly in the American city.

"I've worked hard to regain my form and get to a good level for the training camp," said Drogba.

Drogba's international team-mate and veteran defender Kolo Toure is struggling, however, having been felled by a bout of malaria, the Ivorian Football Federation said.

Ivorian team doctor Cyrille Dah said Liverpool defender Toure had contracted malaria on a trip home to Abidjan at the end of the English Premier League season and was undergoing treatment.

"He just needs rest and so he won't play against Bosnia, but he will be OK to return to training next week," Dah told the Ivorian Football Federation website.

Toure's younger brother Yaya is due to join the Ivorian squad on Saturday after surgery on an unspecified muscle injury in Qatar.

"We expect him back on the pitch," the doctor added.

The Ivorians play a second warm-up friendly in the US against El Salvador in Dallas on Wednesday. They will arrive in Brazil next Friday.

At the World Cup, the Ivorians will play in Group C with Colombia, Greece and Japan. 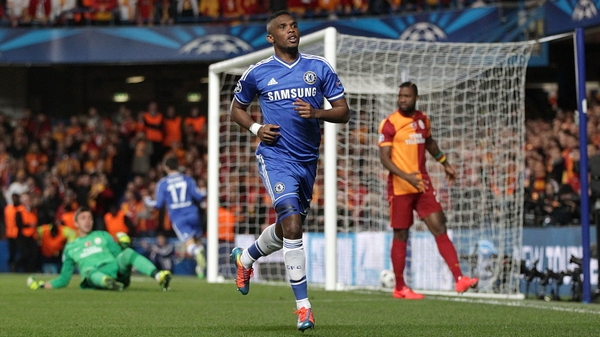