Didier Deschamps was on a high after watching his France side beat Norway 4-0 on Tuesday.

Les Bleus turned up their World Cup preparations with a comfortable win at a sell-out Stade de France – a performance which energised everyone in the French game.

Deschamps fed off the energy of the crowd and had plenty to smile about afterwards.

"It was great," he told reporters afterwards. "The stadium was full and we'd had a good week. It materlialised in the match, we had all the ingredients.

"We had intensity, determination. I was able to give players some playing time and there is a collective desire."

An experienced campaigner and a World Cup-winning captain, Deschamps knows, though, that plenty of work lies ahead.

"We cannot be 100 per cent today but the most important thing is to give 100 per cent," he added, hoping that his side will look at the similarities between Norway and World Cup opponents Switzerland.

"Switzerland have these qualities, playing on the ground," he said. "We have been confronted by this and seen how we defended against it."

Olivier Giroud pushed his claims for a starting role in Brazil by bagging a brace.

The Arsenal striker, who is in direct contention for a forward role with QPR frontman Loic Remy and Real Madrid attacker Karim Benzema, scored twice in the second half as Les Bleus made the ideal start to their World Cup preparations.

Juventus midfielder Paul Pogba scored the opener, while Remy also netted with a smart finish to leave Deschamps with plenty of food for thought. 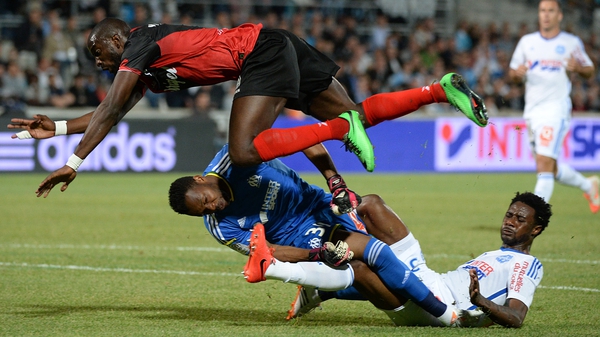