Phil Jones should be fit to go to the World Cup with England after his shoulder injury proved less serious than was feared, and Wayne Rooney should also travel, Manchester United interim manager Ryan Giggs has said.

Jones came off in the 16th minute of United's 3-1 win over Hull on Tuesday after a clash with Maynor Figueroa.

Giggs says Jones did not dislocate his left shoulder as had been the concern, and insisted the defender can be selected in Roy Hodgson's England World Cup squad, which will be announced on Monday.

"Phil's injury is not as bad as I thought it was on the night," Giggs said. "He won't be available for Sunday [when United play Southampton], but he should be okay for the World Cup."

The news that Jones should be fit for the tournament in Brazil is a boost for Hodgson, who needs the Manchester United defender as cover for right-back, as Kyle Walker is in danger of missing out due to a pelvic injury.

Hodgson will be concerned that star striker Wayne Rooney is still being troubled by a groin injury, although Giggs insists the player will be fit to fly to Brazil.

Rooney has missed the last two United games with the problem and he will not partake in the final match of the season.

"Wayne has just started training over the last couple of days and Sunday probably will come a bit too quick for him," Giggs said. "But he will obviously be fine for the World Cup also." 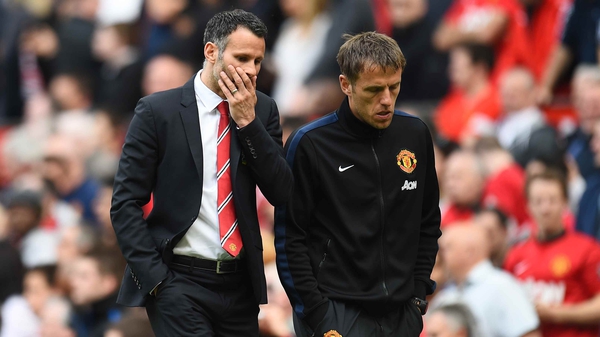